Harley-Davidson and the Wounded Warrior Project teamed up Tuesday morning to surprise a veteran with a brand-new motorcycle. The unveiling was part of Military Appreciation Day at the 77th annual Sturgis Motorcycle Rally.

Charles Swank of Butler, Ohio, enlisted in the U.S. Army on Sept. 11, 2001 with the 82nd Airborne Division. While in the Army, Swank was deployed in Afghanistan and Iraq. He earned a Bronze Star for helping one of his wounded comrades during a fire fight.

Swank’s wife, Alaina, came across Harley-Davidson’s Mission Thank You and nominated her husband for the bike. Mission Thank You is a cross-country tour to celebrate the men and women who have dedicated their lives to protect our nation’s freedom.

"Indescribable. In no way did I think I would be given the Harley-Davidson of my choice,” said Swank. “I mean I wanted to buy one for years now. Things take priority on it and I was not expecting to be given one at all." 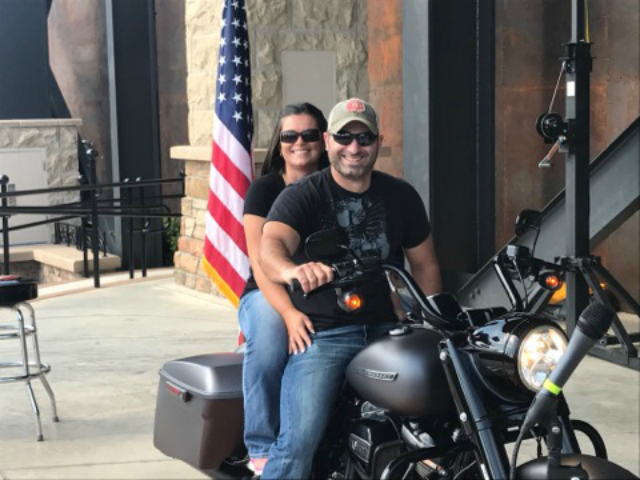 Mission Thank You has given out four motorcycles so far, this year to veterans to thank them for their service. In all, eight bikes will be bestowed to veterans – the last one being on Veteran’s Day in New York City.

Bill Davidson, the great grandson of Harley-Davidson co-founder William A. Davidson, was on hand to present Swank with his motorcycle.

"I have been very fortunate to do this over the years,” said Davidson. “And it is such a special occasion. To reward men and women that have sacrificed their live to protect our freedom here in the US. I get very goosebumps, it’s very emotional because it is that special.”

Swank says he hopes to ride his new bike from his Ohio home back to Sturgis in the future.