The Belle Fourche volleyball team has once again had an outstanding year. The Broncs wrapped up the regular season with a 28-3 record and have earned the number seed in the upcoming region playoffs.

One of the reasons for the Broncs’ success is due in part to the play of this month’s NewsCenter1 Top Performer. 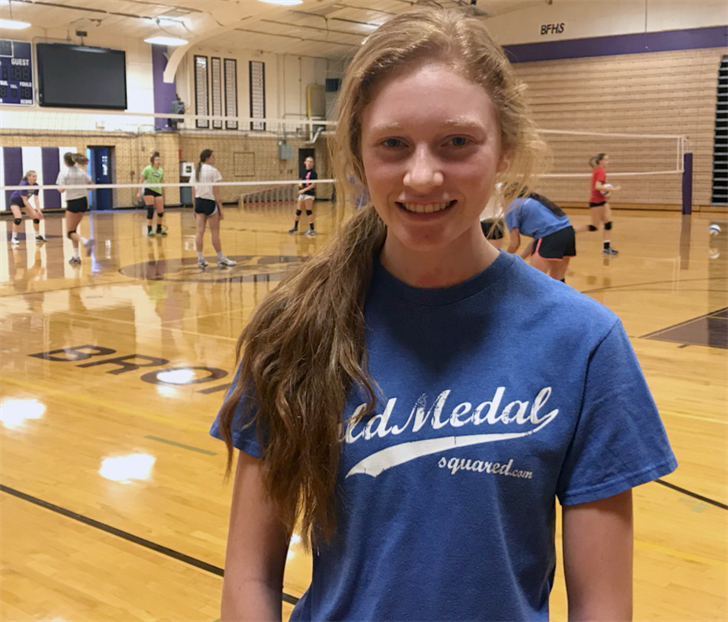 Sierra Ward has been an integral part of the Broncs volleyball program over the past few seasons. The 5-foot-10 outside hitter has been playing on the varsity squad since she was a freshman.

In fact, volleyball has definitely been a family affair for Sierra. Her mother played volleyball, as well as, her three sisters.

But it’s no surprise that Sierra also refers to her teammates as family.

“I really love my team,” Sierra Ward said. “I love all my players. Not even just the varsity. And I think our coach has helped a lot with us being close because she definitely is our inspiration.”

Sierra currently leads the team this season with 430 kills and has racked up nearly 1,100 kills in her high school career.

Belle Fourche volleyball coach Loree Schlichtemeier says Sierra is a valuable leader on and off the court.

“She’s probably one of the most humble athletes I’ve ever coached and nothing is about her,” coach Loree Schlichtemeier said. “Its about her team. She’s one of those kids that has never missed anything, open gyms, camps. She’s at everything. And she works really really hard and it just kind of rubs off on everybody else in the gym. So its awesome to have her in here.”