When you talk about track and field at Belle Fourche High School, it’s hard not to mention the name Shayla Howell.

The senior has been a standout athlete at the school for the last six years.

But now, Howell is preparing to embark on the final chapter of her high school career this weekend by competing at the state track and field championships where she hopes to stand atop the podium one more time.

Shayla Howell burst on to the high school track and field scene in South Dakota back in 2013 as a seventh grader.

“She was the fastest girl we had in the high school at the time, sprint wise,” Belle Fourche track coach Bill Abell said. “High jump wise at that time, she was really into the high jump. She was pushing that 5’2″, 5’3” mark. Not only that, she had a work ethic like you wouldn’t believe and she was so just crazy coachable.”

It certainly has been an impressive run for Howell over the past six years. She has placed at the state track meet 17 times and has won eight state championships.

She even set the Class A state record in the triple jump with 39 feet, 9 and a quarter inches.

Howell says she’s always been very competitive whether it be in rodeo or track and field. 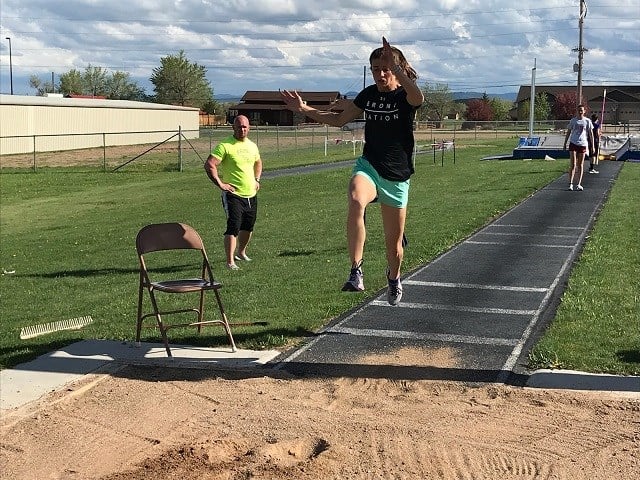 As Howell prepares for the next chapter of her life by competing in track and field this fall at the University of Wyoming, she leaves Belle Fourche as the most decorated track athlete in school history.

“It’s crazy,” Howell said. “I guess bittersweet because I’m excited for college and what UW has to offer and college track. But at the same time, its crazy that I’ve already been doing this for six years now. I met so many people. And just so many people have helped me through everything with school and track. I’m going to miss those people.

Needless to say, Howell will be missed around the halls of Belle Fourche High School.

But not just for her athletic accomplishments.

“We were at Howard Wood and Coach Slice (Schleushner) was getting interviewed and the way he put it he said, as outstanding of an athlete as she is, she’s a better person,” Bill Abell said. “That literally sums her up in a nutshell.”

Howell will once again compete in the same four events that she won last year at the state track meet.

The Class ‘A’ State Track Meet will kick off on Friday in Spearfish and wrap up on Saturday in Rapid City.

Congratulations to Shayla Howell on being named a NewsCenter1 Top Performer.