Noah Krull from Hill City got a bit of a late start on his high school track career, but he’s making up for it rather quickly. Krull used to play boys golf in the spring. But this year, he decided to trade in his golf clubs for cleats. 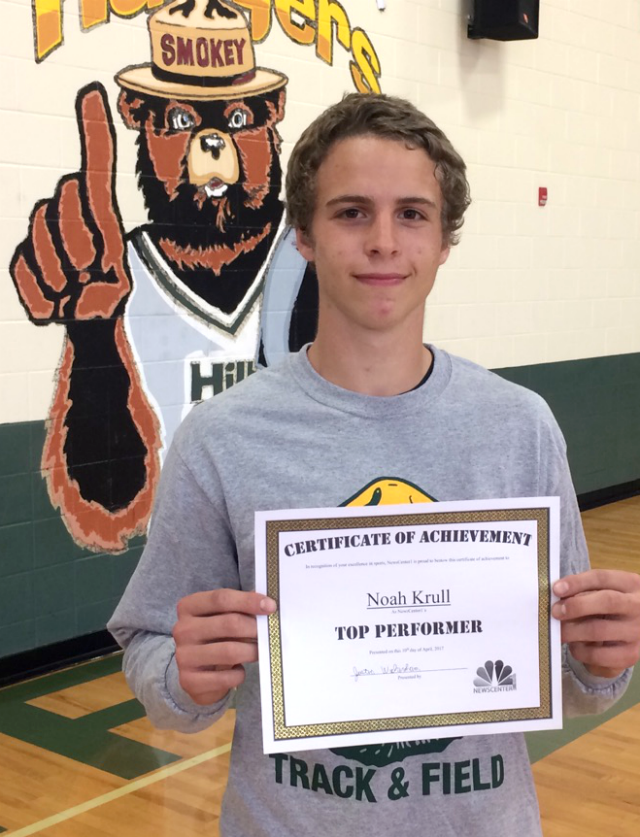 So far this season, the sophomore is making tremendous strides. Krull currently has the sixth fastest time in Class A in the 300 meter hurdles. In addition, he’s also a member of the 4-by-200 and the 4-by-400 relay teams which are both ranked in the top seven in Class A.

“I really like how everybody works as a team,” says Krull. “Like it’s not just an individual. Everybody helps each other out and push each other. I don’t like people beating me. It’s just plain and simple. I try my hardest. People still do beat me a lot. Its just I don’t like it. So I’m going to work as hard as I can to prevent that from happening.”

Hill City track coach Joe Noyes says Krull, who also participates in boys basketball and football, is a great addition to the team and hasn’t even come close to reaching his full potential.

“The thing I love about Noah is he shows up everyday with a smile,” says Noyes. “It doesn’t matter if its raining or if he’s tired or he’s sore, he just shows up smiling and says, ‘hey coach’ and he always just wants to learn. You can just tell. Its his first year but he’s just thirsty. He wants to learn. He wants to take it in. He just wants to know how he can get better. We do a top 10 list here. So just all-time in the history of Hill City top 10. Those kids are always looking to get on that board. In Noah’s first 300 hurdles ever, with really no form or no experience, he jumps on to number nine all-time in Hill City. We’re like man Noah, if you can really commit to this crazy race the 300 hurdles and we can work with you, we can move up and start looking top three all-time. Start looking number one all-time just a sophomore first time ever so.”

To nominate someone as a Top Performer, click here