In just his second year on campus at the South Dakota School of Mines, Justin Barkow as emerged as a leader for the Hardrocker men’s soccer team. In fact, his leadership and play has the team off to its best start in school history. 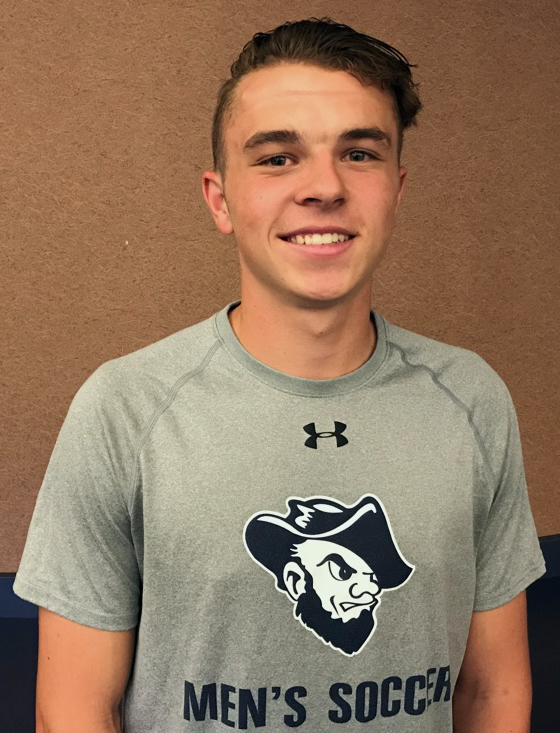 Barkow has been very productive this season. The Hardrockers off to a 3-2-2 start and Barkow leads the team with five goals.

Plus, he recorded his first college hat trick earlier this month against Colorado Christian University.

The Rocky Mountain Athletic Conference has even recognized Barkow for his outstanding play by naming him the RMAC Offensive Player of the Week. The sophomore is currently third in the RMAC for points and second for goals scored.

“He’s somebody who puts in the work outside of training on his own,” SD Mines soccer coach Andrew Conniff said. “He works all summer. He was playing with a competitive team over the summer. He’s not just solely fast, naturally talented. He’s that guy looking at film, coming into the office, doing more and more. It’s not easy to do. I think soccer is one of the hardest sports to train by yourself. Just being alone on a field with a ball and he does that.”

Once his college career is over, Barkow would like to take his talents to the next level.

“I have an older brother who’s seven years older than me,” Barkow said. “Growing up, I was always watching him play. I was a middle school kid watching him play in high school. He didn’t end up going on. But that kind of pushed me to kind of want to do more and go more. So playing at the next level has definitely been a goal and a dream for me as I was a kid. Now I’m in college and now I’m looking to play professionally hopefully after college is over.”

Congratulations to Justin Barkow for being named a NewsCenter 1 Top Performer. If you would like to nominate someone for an NC1 Top Performer, go to nc1.tv/performer.