Sometimes, students athletes have plans and set goals for themselves and sometimes, somewhere down the road, those plans change.

Growing up, Rush never thought he would find success competing in cross country and track for Custer High School.

In fact, Rush focused much of his time playing a different sport, football.

“Coach (Karen) Karim talked to me and said ‘Hey you should run with our cross country team every now and then so you can get better at running,’ ” Joe Rush said. “I was like alright. I’ll run with the cross country team. But I was still dead set on doing football because I thought I was this big guy and everything.”

But three years ago, Rush made the switch to cross country and track and doesn’t regret his decision.

Now the Custer senior is running laps around his competition. 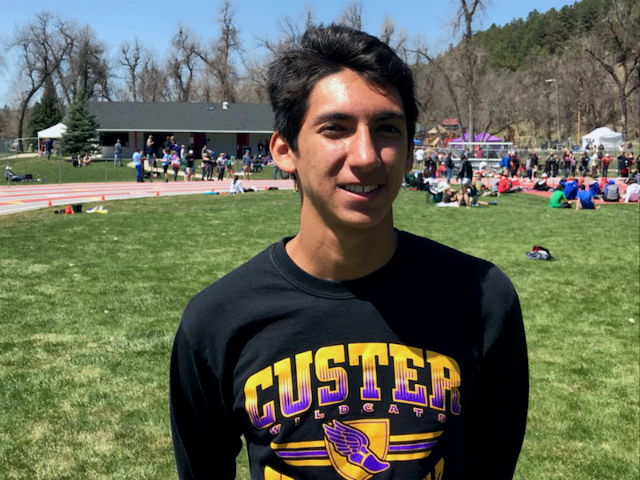 “But this year, I’m really working hard in the mile and two mile and our 4 x 8 relay team is looking really strong this year, as well,” Rush said. “So hopefully we can get a win in that.”

“He’s super supportive of all the kids,” Custer distance coach Karen Karim said. “But our distance crew is very tight. They train together and suffer together and had success together over the last couple of years. They really have each other’s backs. And they know they can count on each other and they’re always their for each other. Joe’s a big part of that. He’s a leader in that.”

But he hopes to change that at the end of May.

“I’m just really proud of him and I’m sure glad that the football coach tossed him over to me a couple of years ago because he’s sure made a difference on our team,” Karim said.

Congratulations to Joe Rush on being named a NewsCenter1 Top Performer.