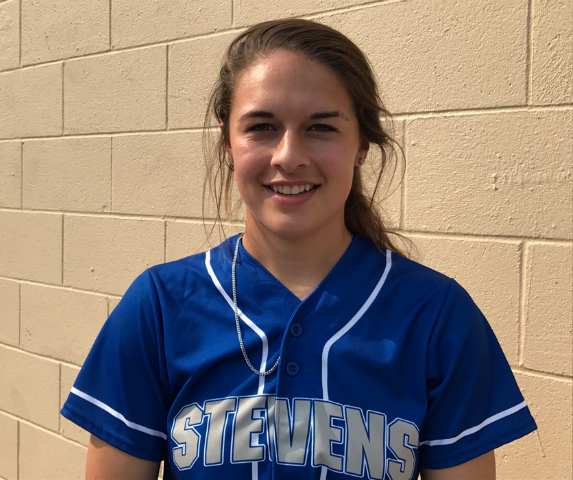 RAPID CITY, S.D. – From a very young age, Emma Burns knew that she wanted to be a softball player. But she probably had no idea how far the sport could take her.

The Rapid City Stevens softball team is off to a great start this season, thanks in part to the efforts of the senior short stop. So far this season, Burns has a .677 batting average with 24 RBIs and seven home runs.

Burns’ love for the sport of softball actually started when she was very young, growing up in Colorado.

“When I was a lot younger, they didn’t have softball,” Burns said. “So I had to play on a baseball team. So I was the only girl on the baseball team. But I guess I was better than the boys. So then we moved here and I found out there was actual girls softball. So I could play with girls. When I first moved here I was seven years-old and I played for the Canyon Lake Lady Bugs. From there, we switched from Canyon Lake to ASA.”

Burns, who was named first team all-state last season, plans to continue her softball career next year at the University of Minnesota.

Stevens softball coach Sherry Grismer, says Burns is a leader on and off the field and feels the 17-year old will have success competing at the next level.

“So Emma is by far the most talented and natural athlete that I’ve ever coached,” Sherry Grismer said. “She not only physically can play this game, but mentally she understands it. Her softball IQ is top notch and she loves the game. She’s passionate about the game.”

“Being in Rapid City, South Dakota it’s a lot harder than you might think to go and play in Division I,” Burns said. “So I had to put in a lot more effort than maybe some people that live in other states do. I had to make myself better. I had to reach out. I had to put in my hardest because I knew that’s exactly what I wanted to do.”