It’s known as the world’s largest rodeo. The National High School Finals Rodeo is underway this week in Gillette, Wyo.

The event features approximately 1,500 students from 42 states, five Canadian Provinces and Australia. South Dakota will be well represented this week with over 50 student athletes competing including this month’s News Center One’s Top Performers.

For Cord Roberts and Nolan Smith, rodeo is more than just a sport it’s a way of life. 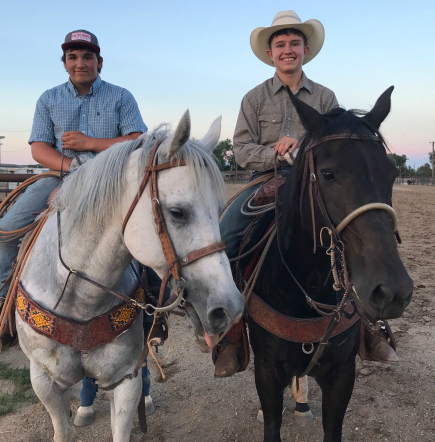 “I’ve swung a rope ever since I could walk and that’s all I’ve done ever since then,” said Roberts. “It’s just kind of second nature to me.”

Smith said, “It pretty much takes up all my time. You know, I don’t have a lot of off time. Its day in and day out.”

Roberts, who will graduate from Rapid City Central High School next spring, qualified for the National High School Finals Rodeo after winning the state title in the tie-down roping.

“Actually, I haven’t really done any good at any of the other state finals that I’ve had,” said Roberts. “But this year it turned around for me I guess.”

Meanwhile, Smith – who will be a junior when classes begin this fall at Rapid City Central – qualified for his first national finals by finishing second at state in the team roping.

“It feels great,” said Smith. “I just want to go over there and do some good. Make a name for South Dakota.”

Since Roberts and Smith both compete in timed events, the two cowboys have spent a lot of time getting their horses ready for a national stage.

“I couldn’t have done anything I’ve done without my horse,” Roberts said. “She does everything for me. I just rope and tie the calf. That’s it. She does all the running; all the grunt work is hers.”

“I bought her my eighth grade year,” Smith said. “She’s a trooper. She’s done really well for me. A pretty good all-around horse. She gets me there and does what she needs to do.” 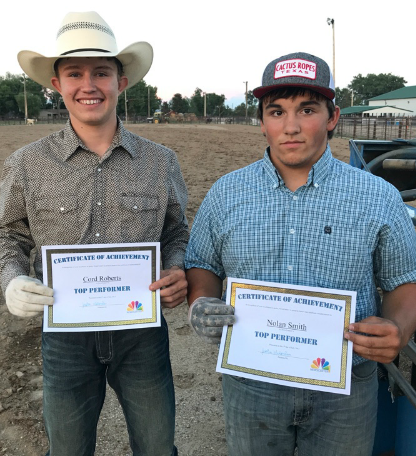 After their high school careers are complete, both Smith and Roberts would like to compete professionally someday.

“I’d like to win the BFI,” said Smith. “I think that would be a cool thing to win. Maybe get my pro card.”

“My biggest dream is to go the NFR,” Roberts added. “This is one step closer to that. Every step closer is a success.”