This year, the Lady Hardrockers hope to make it back to the playoffs and they may have found just the spark to help them achieve that goal.

Cooper Courtney has not always been the star on the South Dakota Mines women’s basketball team. 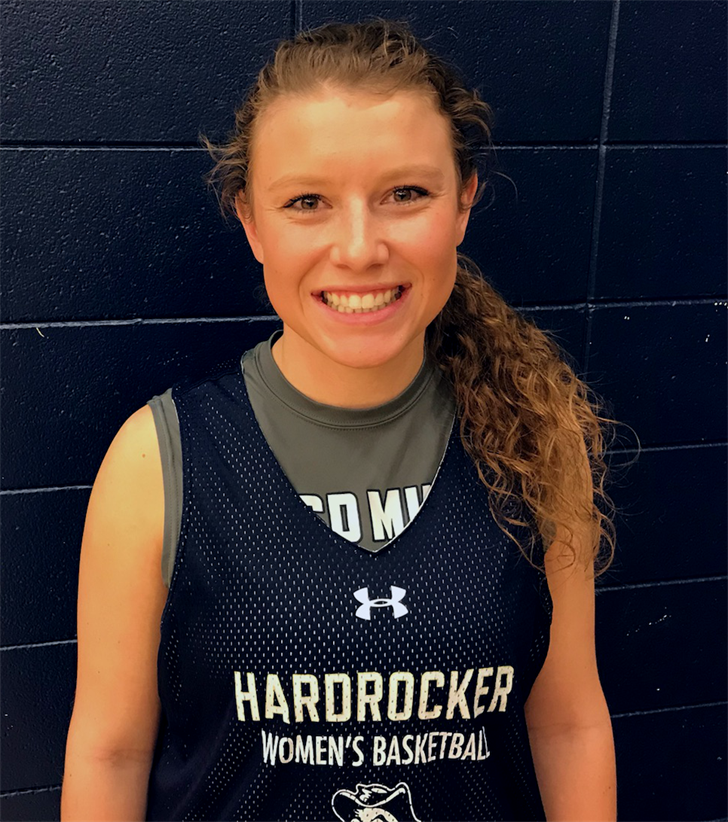 In fact, Courtney did not start one game during her freshman year and only played an average of 19 minutes per game. But the sophomore from Overland Park, Kansas has certainly elevated her game to a different level this season.

Courtney leads the team in scoring with 12.6 points per game and is second overall on the team with 11 assists.

Courtney is part of the reason why the Lady Hardrockers are off to a 4-1 start this season.

“Last year, I was more of like just a three point shooter and that’s a little bit easier to guard,” Cooper Courtney said. “Over the summer, I worked on attacking the basket and some more moves with that. Also coach said I needed to work on my defense if I want to play a lot more. So that’s another thing I really worked on. I put it all together and it’s been a good season so far.”

“She’s a tremendous shooter,” SD Mines women’s basketball coach Ryan Larsen said. “Anytime she can see the rim, I want her thinking shoot and score. But that’s kind of all she did. This year, she’s putting it on the floor a lot more. Getting to the rim. I think she shot two free throws on the year in five games. So she’s worked hard on that part of her game. Defensively, we trust her a lot more at the defensive end.”

Courtney and the Lady Hardrockers open conference play on Friday at home against MSU-Denver.

Congratulations to Cooper Courtney on being named a NewsCenter1 Top Performer.

Deadwood Jam returns to the hills this weekend