TILFORD, S.D. – The latest on a propane explosion in Tilford, S.D. 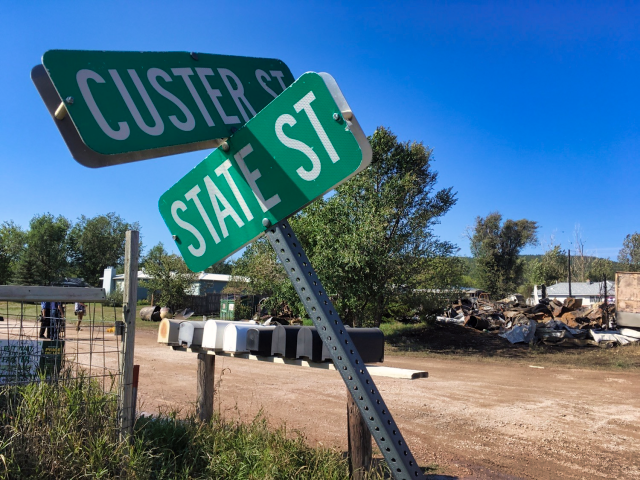 Just after 4 p.m. on Friday, Sept. 7, the Sturgis Volunteer Fire Department was dispatched to the scene of a structure fire in the community of Tilford, S.D.

A large column of smoke was visible for several miles. When firefighters arrived on the scene, a single family dwelling was fully engulfed with several outbuildings threatened and involved, including several propane tanks.

Residents in the area were evacuated and additional resources summoned from nearby area fire departments.

As firefighters were briefing the additional support on the scene and searching for an unaccounted person who was last seen in the involved residential structure, a nearby propane tank experienced a “catastrophic failure” and ruptured. Resulting in a large explosion.

As a result of this explosion, a firefighter was killed when shrapnel penetrated through his personal protective equipment. A deputy sheriff was also injured.

The firefighter who passed in the fire has been identified as 43-year-old David Fischer of Sturgis. Fischer, a 22-year firefighting veteran served as the Assistant Chief to the Sturgis Volunteer Fire Department at the time of his passing. In addition to his service to the Sturgis community as a firefighter and EMT, Fischer served his country as a member of the 82nd Civil Support Team with the South Dakota National Guard. He leaves behind a wife and family.

The deputy sheriff, whose name was not released was transported to a local hospital with non-life threatening injuries. He has been released and confirmed as recovering well at home.

The remains of the resident who Fischer and other firefighters were trying to locate at the time of the explosion have been found and identified as 82-year-old Raymond Joseph Bachmeier of Tilford. 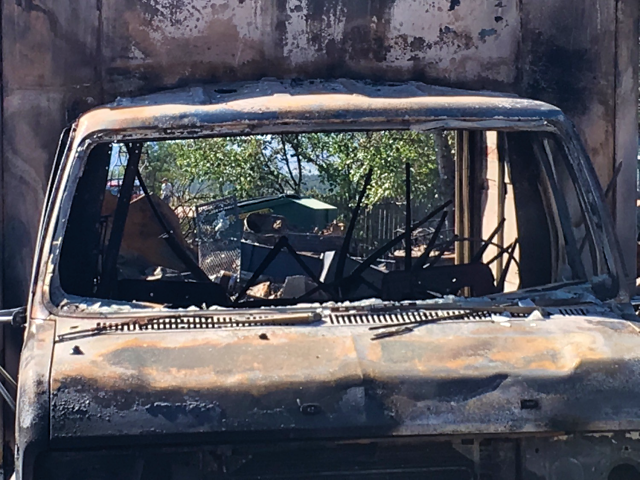 As of 9 a.m. Saturday, firefighters remain on scene extinguishing remaining flames and mopping up hot spots. The main structure has been confirmed as a complete loss. The number of additional structures lost in the fire is undetermined at this time. 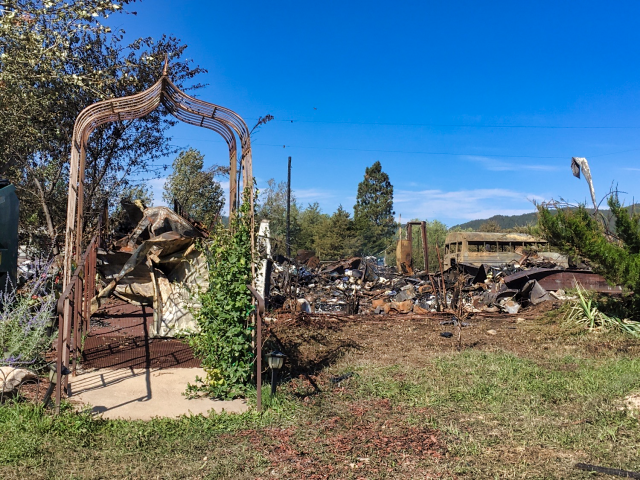 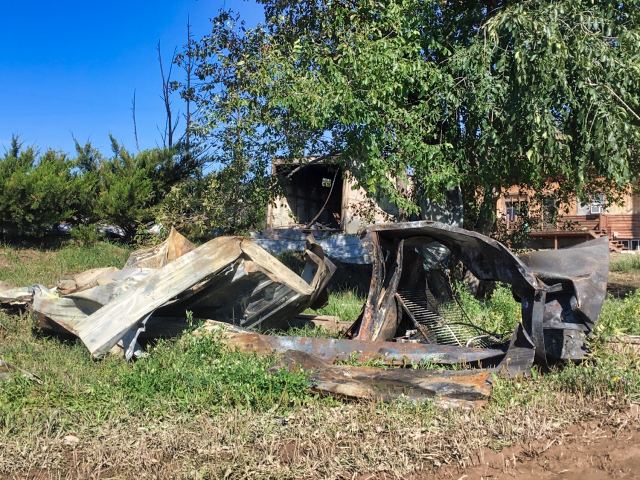 The South Dakota Local Assistance State Team (LAST), has been requested to assist the Sturgis Fire Department with the aftermath of this tragedy.

More information on LAST and how they assist departments dealing with a line of duty death. 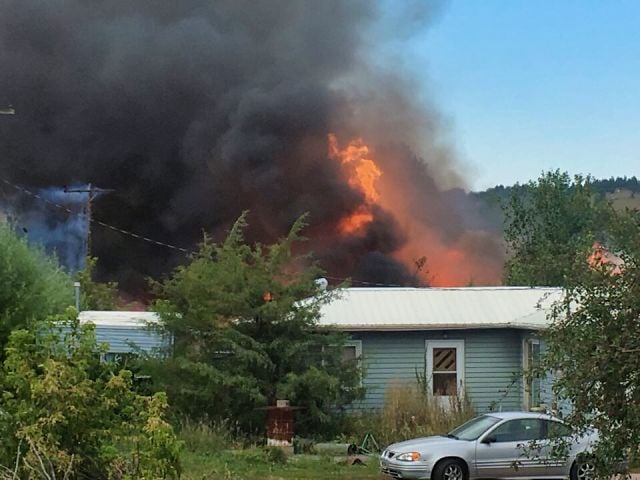 One person was killed, one person was injured, and another person is missing after a propane explosion at a Tilford home Friday evening.

A firefighter’s death was confirmed by Rapid City Fire Department Lt. Jim Bussell. He said the firefighter died from injuries sustained while fighting the fire. Specific information about the firefighter is not being released, as the family is in the process of being notified.

“This highlights the inherent dangers associated with fighting fire, and so I will just take the opportunity to ask everybody to offer their prayers and their support to firefighters,” Bussell says.

A Meade County Sheriff’s deputy was also injured by the fire. The deputy was taken to a local hospital with non-life-threatening injuries.

Bussell says a civilian is unaccounted for. Law enforcement and firefighters are searching for that person.

The fire is still active. So while tragedy strikes, those still at the fire must keep working.

“As you can imagine, that’s a difficult proposition for the firefighters who are on scene,” Bussell says. 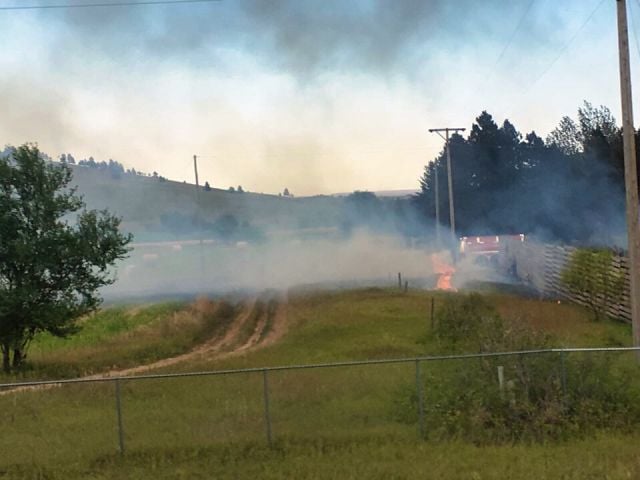 When the Sturgis Fire Department arrived to the home on State Street just before 5 p.m., they saw it was fully engulfed. Several outbuildings were also either on fire or threatened. And other propane tanks in the area were threatened as well.

The home was destroyed, along with a number of outbuildings.

Firefighters are currently having difficulty with the fire due to downed power lines and the sheer amount of available fuel.

The cause of the fire is under investigation.

Bussell wants it made clear – even though these agencies are involved, it shouldn’t lead anyone to a conclusion as to the cause of the fire. These agencies are called anytime injuries and fatalities are associated with a fire.

In the video below, Bussell explains the situation.

Multiple structures are threatened as flames engulf a structure on State Street in Tilford.

Firefighters and first responders began fighting the fire around 4:40 p.m. NewsCenter1 reporter Dominik Dausch said there was “popping sounds as power lines are damaged in the fire.”

A propane tank exploded few minutes later, sending flames several feet into the air, as anyone driving near Exit 40 on Interstate 90 can see.

Watch video of the explosion below.

Additional information is not available at this time. NewsCenter1 will update this article as more details become available. 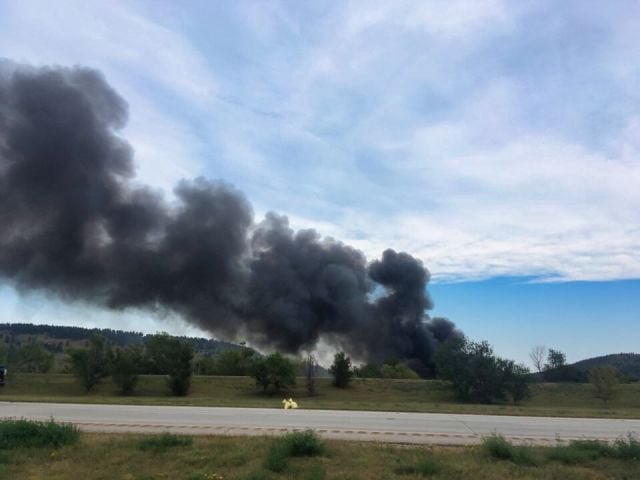