The Rapid City Stevens boys tennis team started this season optimistic that experience and new talent would lead to success.

And as we reach the halfway point of the season, it certainly has.

The Raiders just returned from Sioux Falls where they defeated Brandon Valley and No. 4 Sioux Falls Roosevelt to improve 8-0 on the season.

Stevens is now ranked number three in the state.

In addition, freshman Jamison Pfingston is fifth in the state in singles competition and Pfingston and Jackson Ellis are ranked third in doubles.

Stevens and Rapid City Central will host the Rapid City Invitational Tennis Tournament on Friday and Saturday featuring teams from around the state including No. 2 Sioux Falls O‘Gorman and fifth ranked Mitchell.

"Well it is a preview for the state tournament and you also gauge where your at," Stevens boys tennis coach Jason Olson said. "Don Barnes from O’Gorman always said after this weekend, he kind of knows where he’s at. They travel out here. They play a bunch of matches. This year, we have O’Gorman who’s ranked second. Us who’s ranked third. We’ve got Mitchell at four or five. And Aberdeen Roncalli is one of the strongest teams. St. Thomas More is solid. Rapid City Christian has some good players. Everybody here has some good players. So it’s going to be a great tournament." 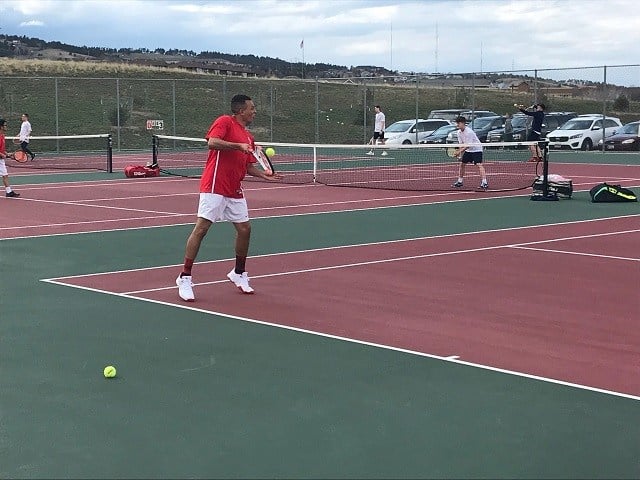 The teams were able to play the doubles matches. But the singles matches were rained out.

The two teams will finish the remaining matches on Wednesday, April 25.

PLEASE NOTE:  The flight one doubles match featured Andrew O’Connell and Jaxon Thorson from Central against David Greni and Noah Johnson from Rapid City Christian. Click on the story to view highlights from the flight one double’s match.

The Latest: Rome Colosseum to open after 3-month shutdown

The Latest: Bettman set to announce format if NHL returns