NewsCenter1’s Calvin Cutler traveled through the Black Hills and spoke to business owners about why small business plays a role in South Dakota’s economy. This is part one of Shop Small: Black Hills. Watch the entire series here.

In the ranching town of Belle Fourche, brick and mortar stores reign supreme. From clothing, to office supplies, to quaint boutiques, it’s a mecca for small businesses supporters. 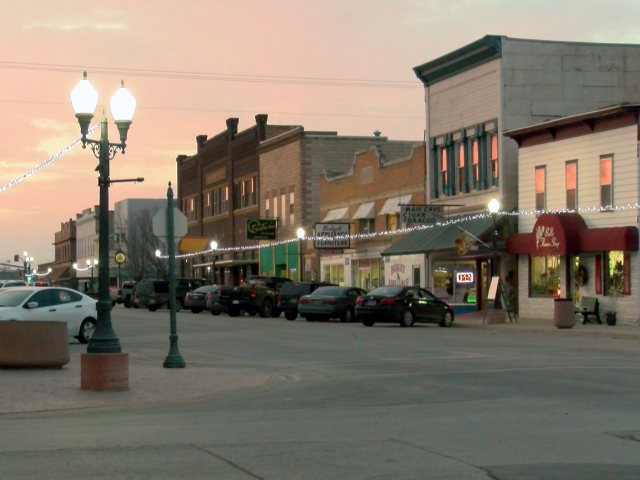 After Thanksgiving, consumers will flock to their favorite retail and online stores for major deals. Some of the best deals however, can be found in the communities in which we live.

For some owners, like the five who own the Olive Branch, local business is their livelihood.

“There are multiple people benefiting every time someone walks in our store,” says Debra McCart, an owner of the Olive Branch. “They’re local people, who we actually like and work with every day and go to church with on Sundays.”

According to Belle Fourche Chamber of Commerce President Jay Cordell, shopping local can help in more ways than one.

“It helps out with the school district," Cordell says. "It helps keep our streets and bridges up. It’s very important to try to keep as much of that money locally, because when it goes to other communities or online, it’s gone.”

Though deals at superstores and online retailers can be alluring, McCart says some of the most unique products can be found in small brick and mortar stores in small towns.

“If you come in here and find something, you’re not going to see your neighbor with the same thing,” McCart says. “It’s not like if you were shopping at Wal-Mart or one of the big-chain stores. Everything we have is a little vintage and a little unique which makes it fun for people.”

Ultimately shopping small for food, gifts, or services helps residents in any town.

“I would just probably say shop local, shop small, and do it as often as possible,” said Cordell. “Because every dollar that you can spend locally gives us a better chance to avoid tax elsewhere.”