A fire broke out at a garage on Clover Street, off of West Chicago Street on the West Side on Friday.

Around 9:00 a.m, firefighters were on their way to a broken gas line on 12th Street. On their way, they saw a plume of black smoke rising from a house on Clover Street, so they headed there, and sent additional units to the gas leak.

A detached garage was engulfed when they arrived. The fire spread to a nearby camper. According to Lt. Jim Bussell with the Rapid City Fire Department, the garage was a total loss.

"Essentially this fire had a good head start on it. So, this fire was well established and the garage was well involved before the 911 call. Again, things worked out, station 3 was on their way to another call, they were able to reroute very very quickly. They’re the fire station that’s just a couple of minutes away."

The homeowners were not there at the time. There were no injuries in the fire. The cause of the fire is under investigation. 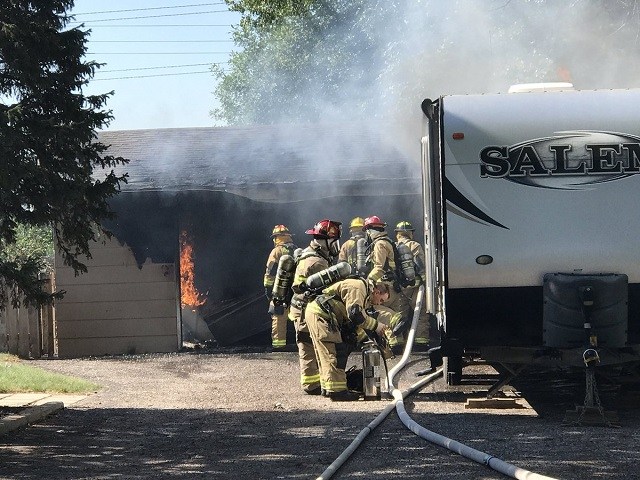 Local sign business does its part to keep the community safe

How much money did the Mount Rushmore fireworks celebration bring to the state?

Most of Wall Street wilts amid worries on virus, economy