Spring signing day is another opportunity for student-athletes to make their college decisions official, by putting pen to paper on where they’ll be competing at the next level in their respective sport.

Connor King signed a national letter of intent to play baseball next year at the University of Sioux Falls.

King is excited about playing for the Cougars.

"When I visited it in October, I really liked the campus, the coaching staff and it’s not to far away from home," Connor King said. "So I think it was a good fit for me and my family."

The Stevens senior will compete in cross country and track and field next year at Black Hills State University in Spearfish.

Jake Person is taking his talents to the University of Sioux Falls where he will compete in track and field.

So far this season, Person has won the boys pole vault at the Queen City Classic in Spearfish and finished third at the Rapid City Track-O-Rama.

Person’s teammate, Isaiah Richards, signed a letter of intent this week to compete in track and field at the University of Mary in Bismarck.

In addition, three Raiders plan to compete in golf at the collegiate level.

Lane Jensen and Alex Lesselyoung both signed letters of intent to join the golf team at South Dakota Mines.

Matt Albrecht is taking his talents to the next level, as well.

Albrecht signed a national letter of intent to compete in golf next year at Mount Marty College in Yankton.

Shayla Howell from Belle Fourche signed a national letter of intent to compete in track and field at the University of Wyoming. 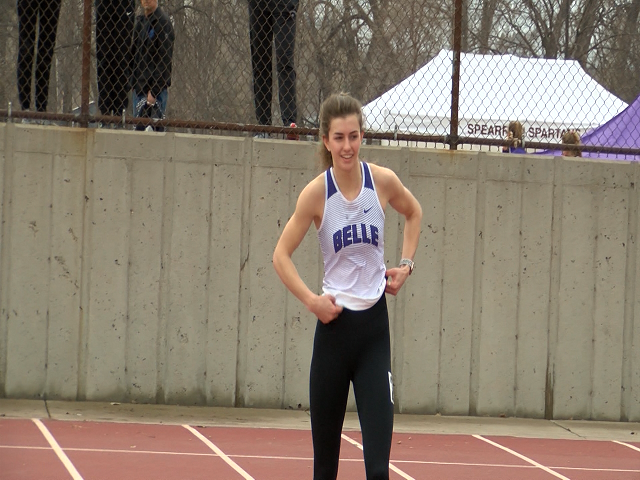 Plus, Dawson Geuke from Sturgis will play for the Black Hills State University men’s basketball team next year.