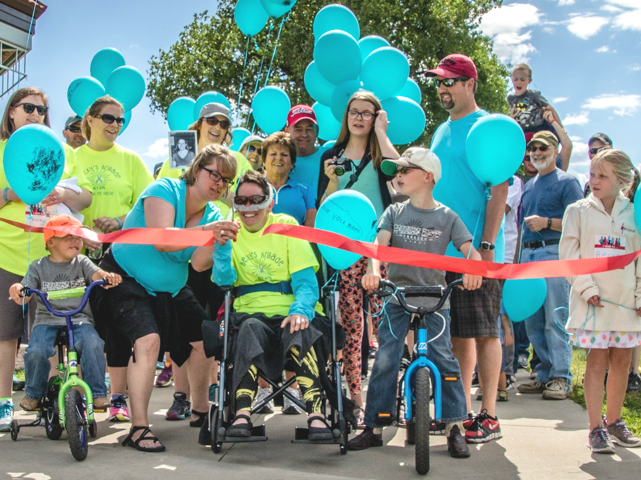 Amyotrophic lateral sclerosis, better known as ALS or Lou Gehrig’s disease, is a common neuromuscular disease that can affect anyone.

It occurs at random and is genetically passed down. This slow killer gradually shuts down a person’s nervous system, stripping away his or her ability to do basic daily tasks, speak, breathe, walk or even stand.

It sounds bleak, and the prognosis isn’t any better. Within 3 to 5 years of the first symptoms appearing, a person with ALS is likely to die of respiratory failure. However, almost 10 percent of people with the disease will live for 10 years or more.

Now you might be wondering –  is there a cure? Unfortunately, the answer is no. There are currently only treatments to slow the progression of the disease.

Thankfully, not all hope is lost. Scientists are hard at work trying to find the cure for ALS. And the ALS Association has been working tirelessly since it was established in 1985 toward defeating ALS. With the help of donors, this association has been able to support the discovery of four ALS genes in the past three years, create better treatments, and fund treatment centers, education, and research of the disease.

Now, you’ve probably heard of the Ice Bucket Challenge, which began in 2014. It was certainly an entertaining method of raising awareness for ALS, but were you aware of the ALS Association’s Walk to Defeat ALS? It debuted in 2000, raising more than $276 million. It’s held in numerous cities across the country, including Rapid City.

The Rapid City Walk ALS 2018 event was held this past Saturday, June 23rd with over 350 participants joining the movement to defeat ALS and raising $30,000 through online donations alone. The top three teams raised over $11,000 collectively: Team Cruz’n 4 Clayton raised more than $6,400, Team Vicki brought in over $3,700 and Becky Ryback’s Team raised over $1,700.

There is still time to make the change and you can help the ALS Association reach the fundraising goal of $50,000. Click here to learn how you can help.

For more information, contact Ashley Yoder by phone at 612-672-0484 or by email at ashley@alsmn.org.

Whether you decide to walk to raise awareness or simply make a donation, realize that you are helping in the fight to defeat ALS once and for all – that you will be part of the change to save countless lives from a tragic disease.