The June 5 primary election has been on many people’s minds recently, and in anticipation of a huge voter turnout, the Pennington County Auditor’s Office has been busy preparing for their day in the spotlight. 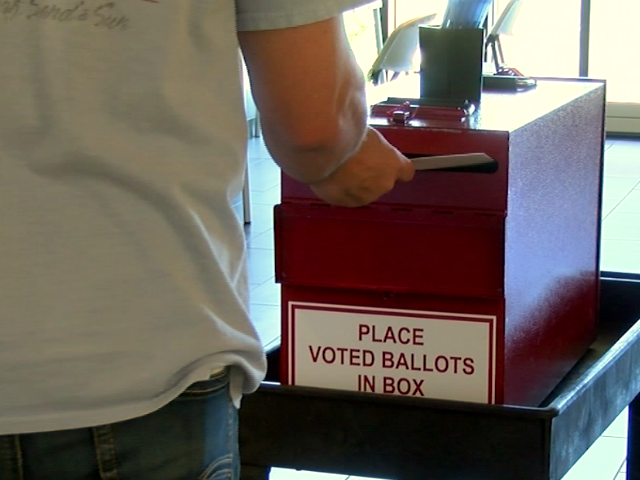 For the past few weeks, prospective voters have been bombarded by messages on a number of ballot issues, including funding authorization to replace the aging Don Barnett Arena, and an amendment to Marsy’s Law.

In addition, voters have seen increasingly heated exchanges among Republicans vying to represent their party in races for the governor’s mansion and South Dakota’s at-large U.S. House seat.

With thousands of early votes already cast, Pennington County Auditor Julie Pearson’s staff has been busy getting ready for the election.

“We’ve of course been putting people at the counter,” Pearson said. “That takes all the extra people that we have. We hire extra staff to do that. We’ve been lining up our poll workers – we trained those last week. We’ve been practicing with our test deck and sending information to the state on totals.”

And auditors across the state are hoping to be busier than ever as voters exercise their rights.

“It’s going to be a very close election,” Pearson said. “Every auditor across the state has plenty of ballots, so we just wish we beat all of our records and everybody would show up to vote.”

Pearson is expecting a total of 25,000 to 30,000 votes to be cast in Tuesday’s election, which would represent 35 percent turnout – more than the 2016 presidential primary election.