While South Dakota has received a lot snow recently, the state is still very much in a drought.

NewsCenter1’s Andrew Shipotofsky delivers a three-part series on the subject. Part three examines how the agricultural community in South Dakota will be affected if the drought continues into the summer. The series is posted here.

"We’re kind of in a longer-term drought the past 2 years over western South Dakota,” said Darren Clabo, South Dakota state fire meteorologist. “We need to start seeing accumulated moisture over the next few months to really break us out of the drought that we’re in." 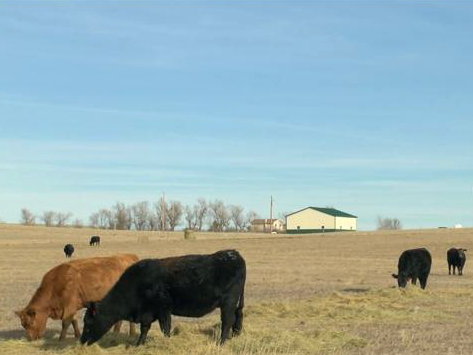 Despite wetter months of March and April around the corner, the state will need some help from the upper level jet stream.

"Statistically speaking, our spring times, which is where we get the bulk of our moisture here in western South Dakota, is a lot drier during La Nina years,” said Clabo.

A La Nina is when the water in the central Pacific Ocean is cooler than normal. That cooler water influences the jet stream and upper level weather patterns, in turn forcing colder air toward the Great Lakes and warmer air over the West Coast. That keeps the Dakotas in a windy, dry pattern.

“Our outlook for precipitation going into March, April and May – three of more wet months out here – is not looking promising," Clabo said.

Joel Peterson, a hydrologic technician with USGS doesn’t have an optimistic outlook either.

"Even normal precipitation this spring … probably is not going to bring the water levels above normal, it’d probably just kind of keep them in that low, normal range," Peterson said. 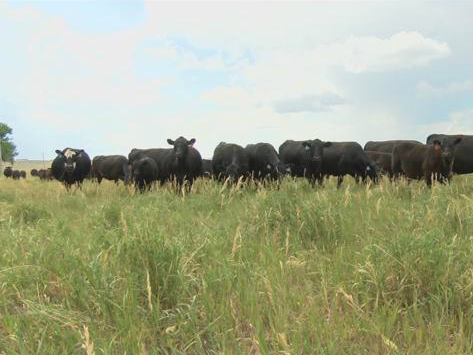 If the moisture doesn’t come, commodities like hay and alfalfa will become even harder to grow or find.

"If that becomes the case where it’s more difficult to obtain those commodities for your livestock, then we have to look to the eastern part of the state or other states to bring in – ship in – hay and alfalfa," said Bill Eldridge, a hydrologist with USGS. “That could be very, very expensive."

That added expense will force ranchers to make tough decisions, like selling off heads of cattle.

"Get another year like this, you’ll see cows go to town,” said Bob Mills, a rancher from Gordon, Neb. “The old phrase, ‘It doesn’t take long to feed yourself into a hole.’ And there’s no way they can buy feed again … if you still have a drought in this area. That hay base is just going to keep fanning out, you know, as far as where the hay is at and how far you have to haul it."

Josh Geigle, a rancher from Creighton, S.D., said emotions run high when you have to sell down.

“Emotions get in there because you’ve worked so hard to have what you have," Geigle said. "And now that you got to sell it down because of drought – not because you want to – it makes it tough … You have to get away from the emotion and realize you either need to sell some or buy hay. Whatever you can do financially the best, so you maintain that welfare of the animal."

Eventually the rains will come, but it could take years to recover.

"When it goes to raining and our grass goes to growing again,” said Geigle, “we either got to go buy the numbers we sold, or we got to raise them here at home again and that takes time."

If the drought does continue, not only would ranches and farms be affected, but the public would likely see water restrictions and an increased threat for wildfire.