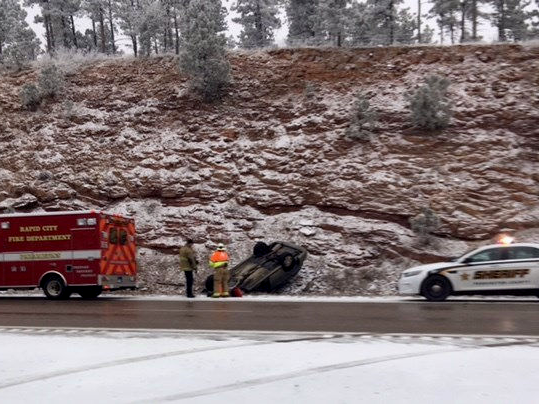 ROCKERVILLE, S.D. – Ice on the roads and foggy conditions created problems for drivers throughout the Black Hills early Friday.

At approximately 7:42 a.m., first responders were called to mile marker 60 on Highway 16 near Rockerville for a one-vehicle rollover. According to Chief Gail Schmidt of the Rockerville Volunteer Fire Department, the Subaru wagon was traveling toward Rapid City when it slid across the median, eventually ending up on its roof in the southbound ditch.

The driver and one passenger were not transported for medical treatment.

For the latest on road conditions, visit nc1.tv/511