One inmate back in custody while another remains on escape status

Inmate Calvin McCloskey was apprehended by Minnehaha County Sheriff’s deputies on May 16. He is currently being held in the Minnehaha County Jail. Dylan Fast Horse remains on escape status.

RAPID CITY, S.D. – Two state prison inmates have been placed on escape status after leaving a minimum-security facility without authorization.

Inmates Calvin McCloskey and Dylan Fast Horse left the Rapid City Community Work Center during the evening of May 7.

McCloskey, age 20, is Native American. He is 6 feet 1 inches tall. He has black hair and brown eyes. 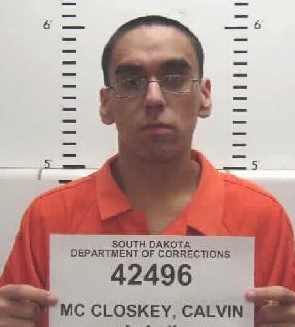 McCloskey is currently serving a seven-year sentence for receiving/transferring a stolen vehicle and a concurrent two-year sentence for the same offense. He also was sentenced to 10 years for aggravated assault against law enforcement, with all of the prison time suspended. All of the sentences originated in Minnehaha County.

Fast Horse, age 24, is Native American. He is 5 feet 11 inches tall and weighs approximately 154 pounds. He has black hair and brown eyes. 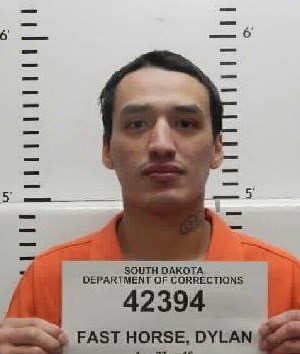 Fast Horse is serving a 15-year sentence with 10 years suspended for aggravated assault out of Minnehaha County.

Anyone who sees or knows of their whereabouts should contact law enforcement immediately.

Leaving a non-secure correctional facility without authorization constitutes second-degree escape, a class 5 felony, and is punishable by a maximum of 5 years in prison. South Dakota Codified Law 22-11A-5 states that any person who conceals any prisoner knowing that the prisoner has escaped is guilty of a Class 5 felony.

Information from the South Dakota Department of Corrections

The Latest: Mississippi gov. orders mask use in 9 counties

Ways to support bereaved parents who have lost a child

South Dakota voter registration up more than 5% since 2016

A special meet and greet through a "Fly-By" Drive-Thru