Moses Dubray autopsy indicates homicide as cause of death

The latest on an escaped inmate found dead along South Dakota Highway 89. 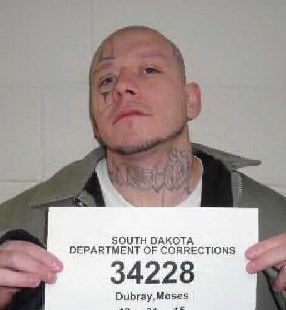 A Sioux Falls man has been indicted for the murder of Moses Dubray. DETAILS

Preliminary autopsy results were released Friday afternoon, indicating a homicide as cause of death. Attorney General Marty Jackley made the announcement.

Attorney General Marty Jackley confirms that Moses Dubray was found deceased along SD Highway 89 on Wednesday. As part of this death investigation, an autopsy will be conducted and further information will be released upon its completion.

Authorities are searching for a state prison inmate who was placed on escape status Tuesday night. 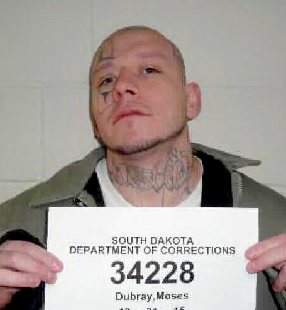 Dubray is described as being Native American, 5 feet, 10 inches tall and weighing 195 pounds. He has black hair and hazel eyes.

Moses Dubray was sentenced to 10 years with five years suspended in April 2013 for a conviction of third-degree burglary out of Bennett County.

Anyone who sees Dubray or knows of his whereabouts should contact law enforcement immediately.