Dogs have a mind of their own. Some love to chase their tale or the mailman, but one thing they all have in common is protecting their owner. For one dog in particular, there’s a lot more that goes into protection.

Nico Richards is hearing impaired, and his service dog is Bob. 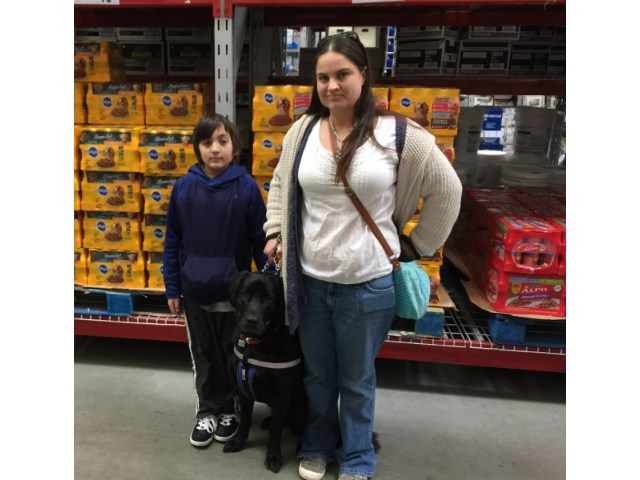 Nico’s mom, Calla, got Bob when she realized Nico wouldn’t wake up in an emergency situation.

"I pushed his fire alarm and held it down and he didn’t move," said Calla.

Calla’s room is on the opposite side of their new house, giving her concerns about disasters like a home fire. Bob gives Calla the comfort to sleep soundly.

"If something happens, Bob would wake him up and be able to take care of him."

Bob needed to pass a few final tests to become fully trained. That included making it through a busy store, like Sam’s Club, with flying colors.

"I can’t believe that it’s come that far. Honestly, it’s hard to believe that a dog can learn so much that quick."

The woman behind it all is animal psychologist Katherine Andrews. Aside from training service dogs, she also provides obedience training.

According to Juanita and Doug Rowe, Andrews can turn any dog into an angel. "We read all the books for training dogs and none of them worked for her. She was just such a stubborn dog and so strong minded that it didn’t work. And so Katherine was a blessing for us."

You can contact Andrews at animalpsychologycenter.com or by calling 605-390-7295.

Melanoma is a deadly disease but often curable if caught early

Local homeowners speak out about impact ATVs have on roads, property

One day only: Spring Business Bingo set for May 8

Meals on Wheels in need of volunteer drivers

Faces in the Crowd: Dean and Grant Scane, identical twins patrolling the streets of Rapid City