Rapid City Central opened the football season Friday night in Sioux Falls against the Lincoln Patriots. But the game was suspended after the third quarter due to the rain.

The action finally resumed Saturday morning with the Cobblers leading 8-7.

Lincoln grabbed the lead with 6:49 left the fourth quarter as Preston Eisenbraun threw a touchdown to Tiegen Salava. However, the Patriots were unable to convert the 2-point conversion leaving the score 13-8 Lincoln.

The Cobblers marched the field on their final possession and Jetzon Olson finally plunged into the end zone as time expired.

The Cobblers earn their first victory in Sioux Falls since they beat Washington back in 2013.

Highlights of the Central – Lincoln game are courtesy of KDLT in Sioux Falls. 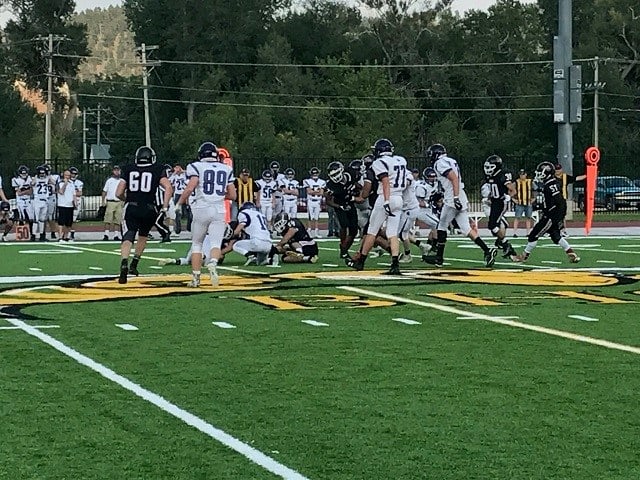 In the first game, Sturgis opened the season with a 40-21 win over Belle Fourche. Sturgis finished with 400 yards on the ground. The Scoopers were led by Noah Wamsher who rushed for 161 yards and two touchdowns.

The Latest: Matsuyama still in contention at U.S. Open

RCPD and RCAS remind drivers to be safe in school zones