Faces in the Crowd: USS Thunderchild

The local “Star Trek” fan club was founded in 1991 in Rapid City and has since been doing good deeds in the community.

“Star Trek” followed the interstellar adventures of Captain James T. Kirk and his crew aboard the Starship USS Enterprise. The show, which debuted in 1966, has quite the following of fans still to this day. 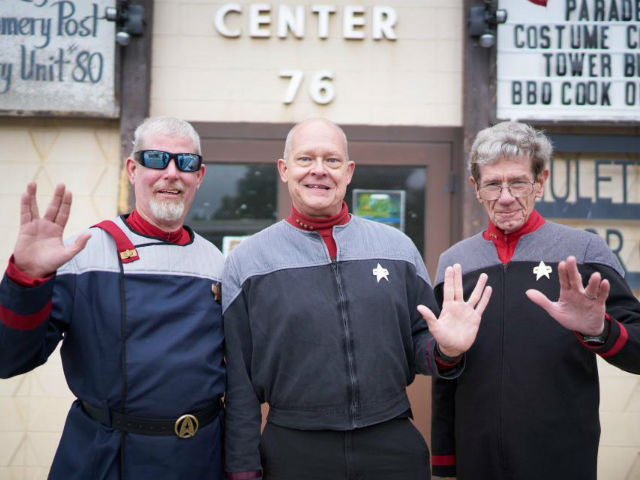 “Star Trek” offers a hopeful vision of the future, and that’s what many fans cling on to.

Eugene Schnitger, Commanding Officer of USS Thunderchild, says, “Well Gene Roddenberry envisioned a better future for humanity, and in fact he said that if we can’t get along with ourselves, how are we supposed to get along with other races when we encounter them in space; I’m paraphrasing. We like to do little things, you know, just something to make somebody’s day a little better. One of the things I’ve been saying is – if you can’t be a charitable person, at least be a lighthouse in somebody’s storm.”

The USS Thunderchild is a not-for-profit organization often seen in their “Star Trek” replica uniforms, performing community service work around the Black Hills region. This includes the Children’s Miracle Network duck race, Youth & Family Services events, Kenadi’s Karnival, Mission 22 (a veteran’s suicide prevention program), and picking up trash on the highway.
Thunderchild members enjoy getting together to talk all things “Star Trek” but also to give back to the community. The group is much like a second family for the members.

Some of the crew also attend science fiction conventions and have even been spotted in a South Dakota lottery commercial promoting a “Star Trek” lotto ticket.

One thing they want people to know is that they may be “Star Trek” super fans, but their mission holds strong.
Their parting words are made famous by Mr. Spock – “Live long and prosper.”

The club just celebrated 27 years together and are always welcoming new members.

The Latest: Egypt orders the wearing of face masks in public

The Latest: Merkel won't commit to attending G-7 in person