Faces in the Crowd: Steve Babbitt 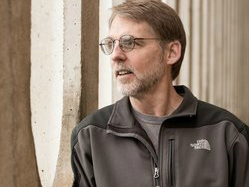 He’s been at work at BHSU as a mass communication/photography professor for nearly 25 years. While he’s given out a lot of knowledge, he’s also learned plenty from his students.

Babbitt had an interest in photography in high school to take pictures of friends at the beach. His dad showed him how to use his camera, and after that first print, he was hooked. He will always remember his first photo that ended up in the darkroom developer tray.

Babbitt began college – stopped – then worked and traveled for about 7 years. 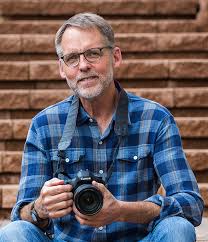 After life experiences, he went back to school and studied photography in California under Perkel Jones, who was once Ansel Adams’ first assistant. It was there that Jones made Babbitt teach a community education class. And that’s when he found his passion for teaching.

Nearly 25 years later, he still enjoys his profession as much as the day he taught his first class. Babbitt credits the students for much of his passion, as they have taught him so much.

And Babbitt is excited that BHSU now offers a Bachelor of Fine Arts in Photography.

He says the digital revolution has changed the video and photography world for the better. The BHSU program starts students out in the darkroom, learning the art of photography and the virtue of patience.

Babbitt’s work outside of school includes fine art, architecture and industrial photography. You can find his work here.