Faces in the Crowd: Seamus Casey

Last year, at the ripe age of 13, Wyoming student Seamus Casey decided to take his outdoor enthusiasm and make it count. He strives to benefit military families left behind by fallen service members. 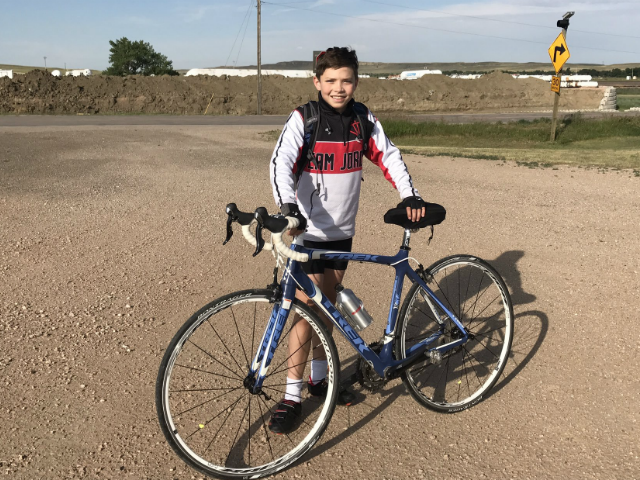 Seamus calls his journey "Dream of 13."  He created his own triathlon of bouldering, bicycling and climbing last summer, all to provide scholarships for the spouses and children of fallen and disabled military members.

The number 13 has great significance in the journey, including 13 folds in the flag that is handed to family members of fallen service members. Seamus says the flag is a reminder that freedom comes at a cost.

His admiration for U.S. service members led him to begin this journey, and he won’t stop fundraising until all the money is raised.

Seamus was recently honored with an award for his charity work. His principal nominated him for the Prudential Spirit of Community Awards program, which is the country’s largest youth recognition program based exclusively on volunteer community service.

Recently, he was named the middle school level volunteer representative of Wyoming and will take a trip to accept his award in Washington, D.C. next Friday.

He says his award is inspiring him to keep reaching for his goal, and he hopes to inspire others as well.

He has also been invited to attend the Patriot Cup Invitational – a golf event for Folds of Honor  to celebrate our nation’s heroes – over Memorial Day weekend.

The Latest: Trump urges Minnesota officials to get 'tougher'