Faces in the Crowd: Oscar Maturano

Born and raised in Mexico City, Oscar Maturano is one of millions to play the game of soccer, where kids grow up playing in the streets. Coming from a family of seven, Oscar admits he got into a lot of trouble as a kid, and soccer was one of the only things he would look forward to, and it gave him purpose.

Oscar runs a local youth soccer program in Box Elder. He tries to minimize costs for families as much as he can, so every child will get the opportunity to play the sport he grew up playing.

“Where I grew up, it was not an easy place to grow up. And one of the things that kept us out of trouble was playing sports. And I want the same thing for the kids in this area too, you know? And I think this is a good place to do it. Of course, we’re not going to be playing on the streets like we did Mexico, but I try to bring that game into a place like this – where they can actually do street soccer but in a safe environment.”

He moved to the United States for a better life, later playing semi-pro soccer in Europe for a while. He then moved to the Black Hills.

He wanted to bring his love for soccer to his new home but with a certain flare that only he could provide.

“I believe soccer is the most popular sport in the world for two reasons: it used to be cheap and easy to play. And I’m just trying to keep it that way.”

To ensure every kid gets to play, he often purchases the equipment and uniforms that are needed. He also remodeled the current facility where the kids practice. And he purchased a small bus to make sure every kid can travel to away games.

Oscar gets a kick out of watching his son and other students lean about life on and off the pitch. 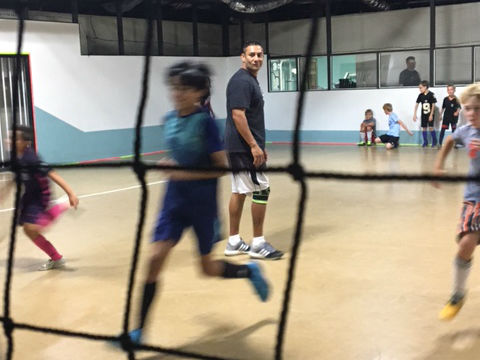 “If you would grow up playing sports, especially team sports, know where you have to associate with other players. It’s pretty much what you’re going to be doing in life. You get so into it that you transfer that into your lifestyle too.”

Motorcycle-vehicle crash near Sturgis leaves one dead, another seriously injured