Faces in the Crowd: Nugget

For the past 10 years, the Rapid City Rush has entertained the Black Hills with family fun during their hockey games. But there’s a special someone that helps keep the energy alive.

In this week’s Faces in the Crowd edition, we feature the team mascot Nugget.

Slipping into shin guards, shorts, pads and shoes, Nugget is always prepared to pump up the crowd for games. He’s first on the ice to open up the game, pounding his drum and getting the crowd to chant "Let’s Go Rush." 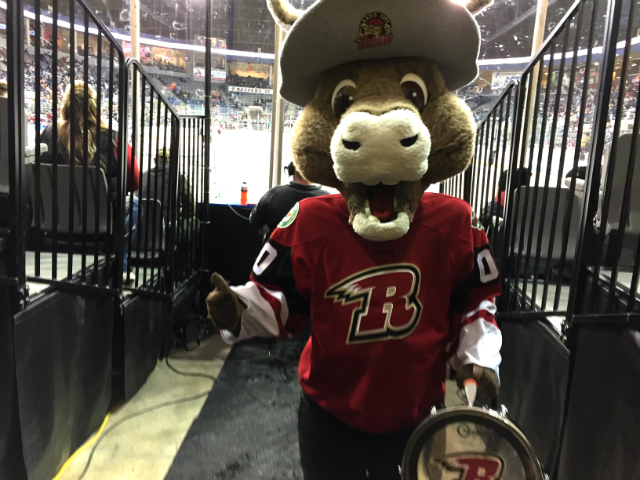 "It’s fantastic,” said Nugget. “It’s kind of like an adrenaline rush every night that I get to be this huge part of the game, even though I’m not a player I’m still a big, influential part of the entire event."

Once the players hit the ice, Nugget hits the stands.

"Nugget is very talented at what he does,” said Director of Corporate Partnerships and Game Operations Jay Davis. “He energizes people. That’s what nugget does and he’s a great little role model for our kids."

The kids sure love him. But one thing kids don’t understand is why he must be silent. In fact, it’s the number one rule of mascots. So, it’s through high fives, fists bumps, and waves that keeps crowds coming back for more.

He gets the crowd pumped up, which energizes the team to hit the ice even harder.

"Nugget is persistent,” said Davis. “Nugget doesn’t say no. Nugget will go around the crowd until he finds a section that will go crazy for him, then he’ll hang out and have a good time.”

"A donkey was something that was common for a lot of miners back a long time ago in frontier days," said Nugget.

It’s the man behind the mask that makes sure Nugget brings happiness to all in the Hills, including the children who can’t make it to the games. During the off-season, Nugget’s favorite thing to do is visit children in the hospital. 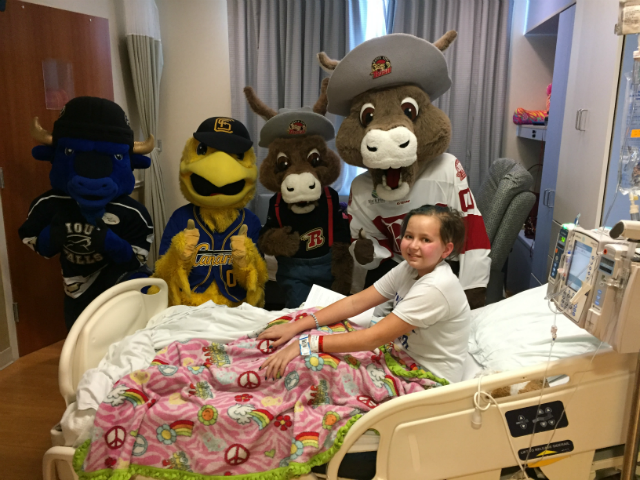 "They forget about that for five minutes,” said Nugget. “They have whatever’s going on that they need to tell Nugget about and do with Nugget, and maybe that means we dance for five minutes. And I can’t be happier to dance with a kid that just wants to dance."

He’s a crowd pleaser. And for some young hockey fans, Nugget is the game’s all-star.

So, who is Nugget?

And the mystery remains. We will never know the man behind the mask. If you would like to nominate someone to be featured in our weekly Faces in the Crowd segment, click here.

Mexico to send aquatic drone into shaft with trapped miners

US pledges $1 billion more rockets, other arms for Ukraine