Faces in the Crowd: Lily Wilson

Lily Wilson is beginning her third-grade year at Sturgis Elementary School. Lily has already gone through the battle of a lifetime – cancer. She hopes to inspire other children to overcome adversity as well. Lily is this week’s Face in the Crowd. 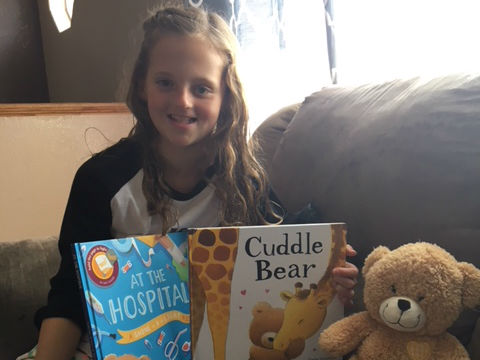 As Lily sits on her bed, she is surrounded by stuffed animals that she received as gifts while in treatment on her journey battling cancer. She knows the importance of a good support system and is paying it forward by now helping others in her same situation.

Lily says, “Because I know how hard it is to go through cancer, and it kind of makes you feel yucky. Because I had cancer and they helped me, so I want to help them because they helped me.”

When Lily was 15 months old, her mom Mikayla, felt a bump on her nose. Within a week, they learned it was an aggressive cancer – rhabdomyosarcoma. She began a regimen and a year later, Lily had beaten the disease. She now goes to regular checkups.
Lily was too young to remember the experience, but her parents told her how much others helped her along the way. She was inspired to return the kindness, advocating for kids who are fighting for their lives, giving them a little comfort with a book, a teddy bear and words of encouragement.

Mikayla notes, “We did get a hand-written note from her doctor from Mayo saying how awesome it was to have this for when kids came in … It’s definitely making an impact on those kids, and there were so many things like that that were given to her and to us during her treatments – that made us feel better and her feel better – that we love to do that for other people.”

The Wilsons now raise funds and awareness for the disease that brought them closer together as a family and showed them the importance of sharing the love to others. 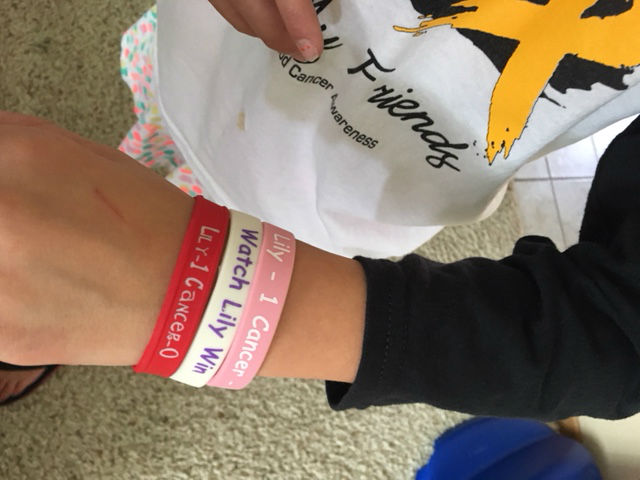 Lily also began a hair drive for children who have cancer, which she holds every year. If you want to donate money to purchase a book and bear for a child, click here.

September “Go Gold Week” at Sturgis Schools. Everyone is encouraged to wear gold Sept. 10th -21st, including at sports games.

The Latest: European Commission urges US reconsider WHO cuts