Faces in the Crowd: Katie Parker

A Rapid City woman turned a life-threatening discovery into an empowering educational opportunity.

Seven years ago, Katie Parker was working at a medical clinic and was told she could receive a free mammogram. With no history of cancer in her family, she expected the results to be negative, but that wasn’t the outcome.

On May 23, 2010, Katie Parker was diagnosed with invasive ductal breast cancer. The positive diagnosis motivated her, creating a purpose and passion she didn’t have before

“I had no palpable abnormalities, I had no signs,” said Katie. “One of the questions I asked when I was diagnosed was, ‘how long has this been there?’ And I was told that it was estimated that it had been there for 2 years."

At 36 years old, Katie prepared for the worst, but little did she know just how much her life would change.

So for the past 7 years, Katie has dedicated her life to educating others and supporting fellow survivors in the community. 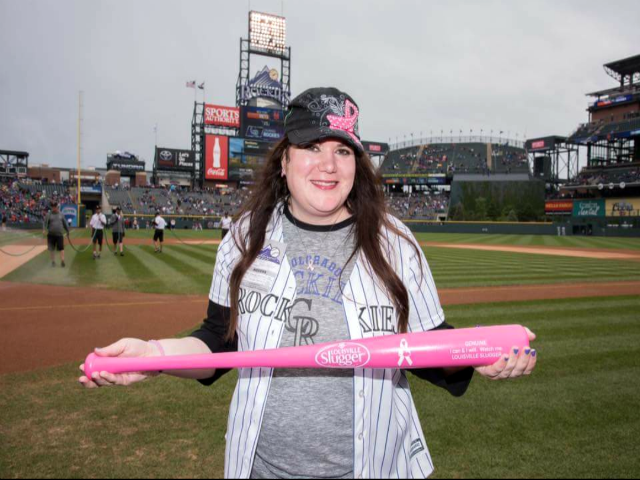 In 2011, Katie was selected to participate in the national breast cancer awareness campaign, Pink Together. As a result, she was featured on General Mills cereal and dessert boxes with four other female survivors. But she didn’t stop there.

"I just really felt that this was part of my life’s journey, and there was a bigger purpose in my life for this diagnosis,” said Katie.

One in eight women are diagnosed with breast cancer, according to BreastCancer.org. But Katie struggled to find support groups of women her age. So she reached out to the Young Survival Coalition, an international organization providing support to women ages 40 and younger.

Now, as the only state leader in South Dakota, she hosts “Face to Face” meetings and provides resources to others. The meetings are driven by what the members want, like a make-up class for the holiday season.

"Breast cancer just gave me so much as far as giving me a passion and a purpose in life,” she said. “This is my way to give back."

Katie is also an education ambassador for Brighten Up, part of the nonprofit Bright Pink, which focuses on the prevention and early detection of breast and ovarian cancer in young women. She is only one of two in the state who hosts 30 minute Brighten Up workshops, teaching others signs and symptoms, along with early detection and prevention strategies.

"Obviously, nothing you do can prevent cancer, but it gives you t0 risk reduction techniques. It does go over your genetic risk and what that means, and the importance of knowing your family history,” said Katie.

Although Katie is in remission, she says she’ll continue to provide awareness and support to her community.

“I want to help people do that and be there for people and say, ‘hey you know what? There are resources out there for you; there is help for you. You don’t have to face this alone.’"

On top of everything Katie has done after her diagnosis, she was selected as a young advocate for Living Beyond Breast Cancer for 2017-2018. Katie plans to host a signature fundraiser called Reach and Raise, which will be a yoga event in the Black Hills.

To nominate someone for Faces in the Crowd, click here.