Faces in the Crowd: Gloria Riherd

Gloria Riherd is a retired school teacher and is a huge advocate of children’s literacy. She recently published her first book called “Becky Hammon, Shooting for Success” in hopes to positively impact the lives of local boys and girls.

The 69-year-old author worked as an elementary school teacher for 34 years in Rapid City. Riherd has always believed that reading is fundamental, and she currently tutors dyslexic students out of her home. 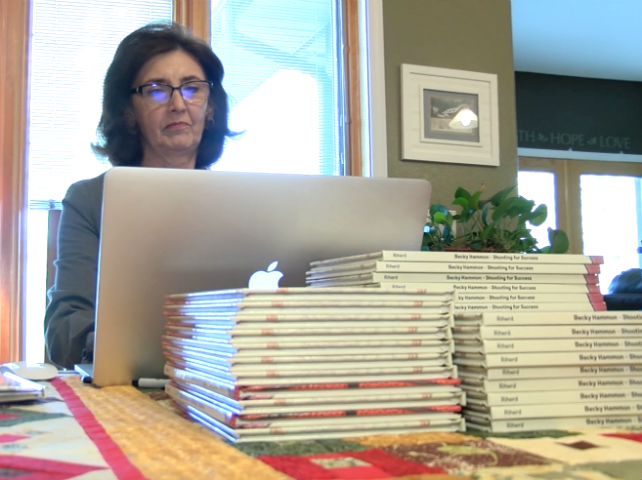 She says that opening a book can expand the mind and create endless opportunities.

“You can read a book and you can feel like – this could be me – or maybe I can do that,” said Riherd. “You live vicariously through a book and it makes you think all things are possible.”

Riherd was determined to tell the life story of a local star basketball player named Becky Hammon. Hammon went to Stevens High School and eventually made it all the way to the Women’s National Basketball Association (WNBA). Hammon is now an assistant coach for the San Antonio Spurs. 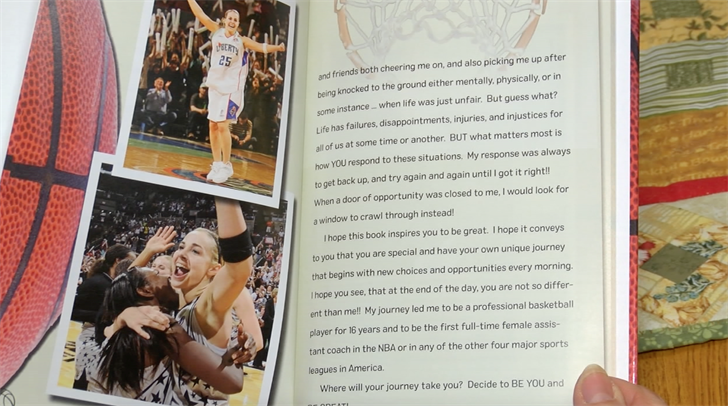 “She helped us win a lot of games,” said Gloria. “From there she went to Colorado State and was named into the sports hall of fame, but the thing is, she was only 5’6. She had to prove herself and become a starter later on.”

“I would go to the library and check out some sports books,” said Riherd, “but I found that there was very few written about women in athletics. I remember thinking – we really need a book about Becky Hammon.” 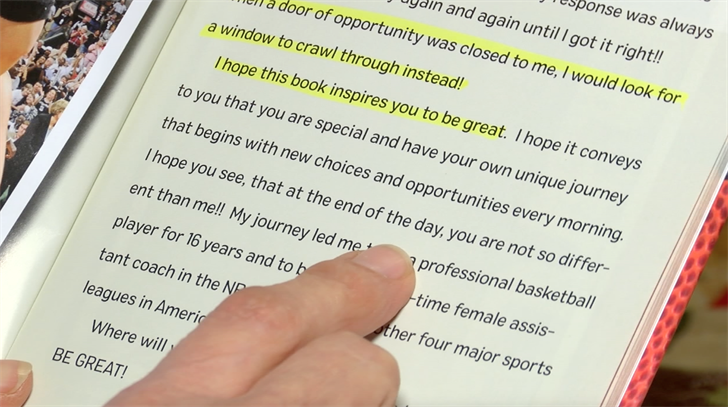 Riherd wants to encourage every boy and girl to go for their dreams in whatever sport is their passion. She has already created 2,000 copies and plans to make her book available at local schools, libraries and book stores. All proceeds will go to the Girls Basketball Association.