Faces in the Crowd: Fischer Abrams

Cystic Fibrosis (CF) is an inherited, chronic disease that affects the lungs and digestive system, limiting the ability to breathe over time. It affects about 30,00 people in the United States. The types and severity of symptoms can differ widely from person to person.

Seven – year- old Fischer Abrams is living with CF and wakes up each day with challenges but never lets that slow him down. He is an athlete, a star student and avid hunter. 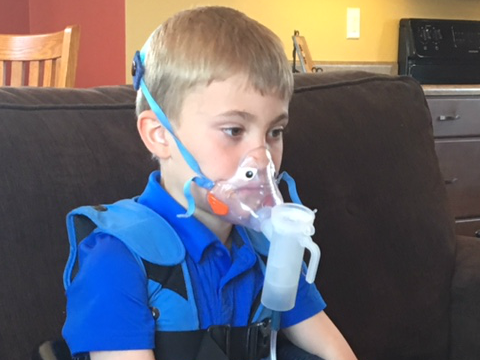 From the outside, Fischer seems like an ordinary boy. But on the inside, there’s a constant attack on his system. That’s why they call cystic fibrosis an invisible illness.

When Sarah and Mark Abrams welcomed their newborn into the world, they had no idea about the difficult road ahead. It was at Fischer’s baby, well care checkup that the life – altering news came. Fischer’s bloodwork showed he most likely had cystic fibrosis. A sweat test confirmed this diagnosis. People with cystic fibrosis have two to five times the normal amount of sodium and chloride in their sweat.

The information was overwhelming. They had to meet with a social worker, respiratory therapist, genetics counselor and dietician.

Sarah remembers feeling scared and alone. She was afraid of what might happen if her baby boy got sick. A common cold could be life – threatening. Germ control is always on high priority.

The disease causes sticky, thick mucus that clogs and obstructs the pancreas and other organs.

A high calorie and fat diet is necessary along with special pancreatic enzymes to help his body absorb fat. His diet and medications are monitored closely. His daily regimen also includes airway clearance with the help from a vest that vibrates the chest at a high frequency to help loosen and thin mucus. He also inhales medication to open his airways and help fight lung infections.

Sarah says that becoming educated on CF and having a good care team has helped Fischer to thrive, along with his positive attitude. 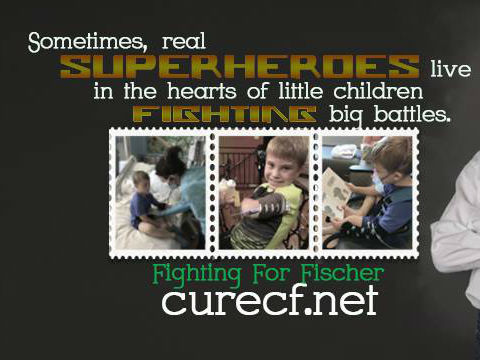 Breakthrough treatments have added years to the lives of people with cystic fibrosis. Today, the average predicted survival age is close to 40. This is a dramatic improvement from the 1950s, when a child with CF rarely lived long enough to attend elementary school.
While there has been significant progress in treating this disease, there is still no cure.

As CF entered the Abrams’ life seven years ago, they had to pull together as a family to prosper. They have learned to celebrate the small victories in life – one day at a time.

Sarah says, “It has taught me to live simpler and the importance of our health and life. And to be able to see my little boy, to see how strong he is. It has also helped our faith. We realize how little of control you are in life. A lot of it is learning to trust and let go and not to be fearful.”

To help aid the research to find a cure for CF, the CF organization hosts a yearly fundraiser. The  Rapid City’s Great Stride Cystic Fibrosis Walk will be held Saturday, June 1 at Old Storybook Island.

Click here for more information on Team Fischer Great Strides CF Walk or how to donate.