Faces in the Crowd: Ethan Dschaak

Ethan Dschaask has walked the halls of Piedmont Valley Elementary School as the principal for 10 years now. His dedication to education as well as athletics in South Dakota has qualified him for a great deal of recognition.

His small-town upbringing in Belle Fourche gave him a solid foundation to build on. He credits his parents for laying the groundwork.

A multi-sport athlete throughout high school and college, Ethan aspired to be a coach as well as a special education teacher. After teaching and coaching for many years in different South Dakota towns, Ethan was ready for a change. He got his masters degree and became a principal in  Sturgis then Piedmont. He says his leadership style involved plenty of interaction. 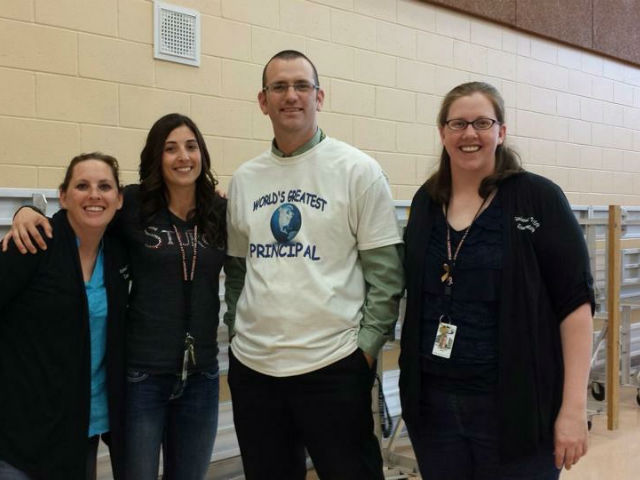 “There’s a lot of things about leadership in general that’s challenging, and the reality is … I’ve learned that you’re a problem solver, and it’s really easy to get yourself into a rut because you’re constantly having to solve problems. When that happens, I think it is an important part to get out from behind the desk and get around the kids have some fun. Interact with them – maybe go in the gymnasium and shoot some baskets.”

Ethan’s passion for education has earned him many awards, such as the National Distinguished Principal in 2016, recognizing his leadership to assure quality education for children during their early years in school. That same year, Ethan was recognized as an outstanding administrator by the South Dakota Association of Elementary School Principals.

And while his career is a vital part of his life, those successes don’t match up against spending time with his kids, coaching them in sports and being a dedicated father and husband. 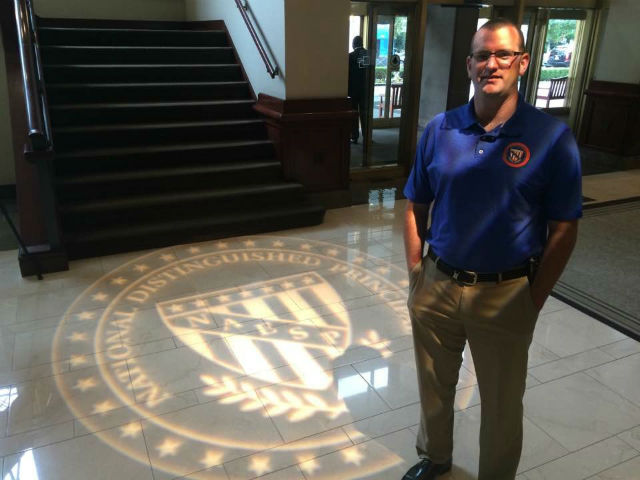 He counts his blessings every day because just nine years ago, he was diagnosed with Stage 3 Leiomyosarcoma cancer and went through many surgeries and treatments. During that time, the disease went into remission but returned four separate times. The last four years, he has had no scares. That experience has taught him to live each day to the fullest. He appreciates the support of all those who surround him.

“I’m convinced that if your window of living is shrunk and you choose to look at only the negatives – you will be depressed … you’re pretty much done anyways. You’re not enjoying life. I do think a positive outlook really helps, and I do think it can potentially expand your life span. But I would say if it doesn’t, you might as well have fun while you are here.”

Categories: Faces in the Crowd
AlertMe
Sign Up For Our Email Newsletter

Faces in the Crowd: Debbie Ellerton

Faces In the Crowd - Jamie Schroeder

Why treat people exposed to virus in Omaha? Why not?

Protests at Capitol ahead of expected riot boosting vote

State legislators look ahead to next year's budget