The world recognized just how high woman can soar, with Woman of Aviation Worldwide Week.

The week is celebrated by 44 countries to raise awareness of aviation opportunities for women and the previous accomplishments of women in aviation.

The annual outreach initiative happens the week of March 8, honoring the anniversary of when the world’s first female pilot license was issued and International Women’s Day.

Passing Lauren Olme on the street, you might think she’s just another face in the crowd, but in fact, she’s a Capt. Lauren Olme, a pilot stationed at Ellsworth Air Force Base. 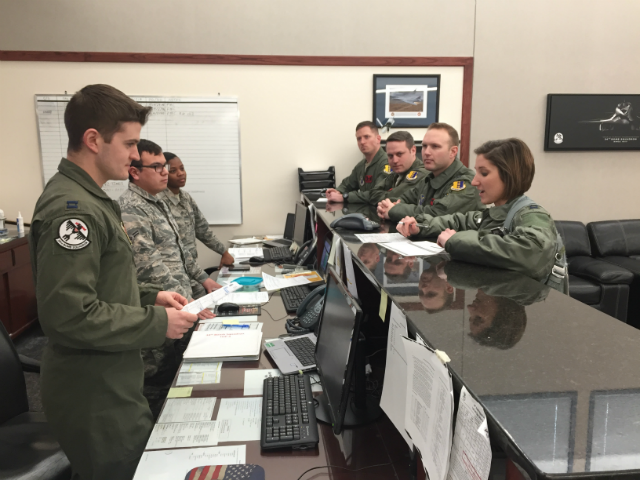 "I had this dream ever since I was a little girl,” said Olme. “This is something I’ve always wanted to do, for pretty much my entire life."

Olme found her passion to fly from her father, a former pilot in the U.S. Air Force.

"I grew up seeing him go to work every day and fly really cool fighter planes and everything,” said Olme. “So that really gave me the inspiration to join the Air Force."

She can still remember her first day in the B-1 Bomber cockpit.

"When the four after burners lit and we took off it was an amazing experience,” said Olme. “It was just a rush of adrenaline, and appreciation, and all these emotions that I was just really fortunate to get to where I wanted to be and finally be in an air frame where I was going to train to for a long time."

Her gender never held her back from her passion, and she accredited the women of the past who provided her that opportunity.

Olme is one of the many women who make up about 19 percent of the Air Force’s ranks nationwide.

"I think that we are the leading service in our country with the number of females that we have serving today,” said Col. John Edwards, Ellsworth AFB.

The women serve throughout the base, not just in the air.

"From the weapons loaders,” said Edwards, “to the folks that we have working on the airplanes out there, to the ones we have flying the aircraft, to our female defenders who are protecting the base."

Together with men, they work side by side.

"It’s important just to realize we are one in the same,” said Olme. “We can do these jobs just like our male counterparts can. And they appreciate that, and they understand that."

Olme plans to spend the rest of her life living out her passion and retiring as a pilot.