Ellsworth Air Force Base welcomes thousands of service members from across the nation, who then make their home here in the Black Hills.

For some, the best way to feel at home is through volunteering. In part one, of the three-part series, Ellsworth Aiming High, we go behind the scenes of the Summer Nights festival in Rapid City to see how the airmen’s volunteer efforts make them a part of the community.

"Aside from the work they do protecting us on a global scale, it is comforting to know that the most powerful air force base in the country – in the world – is five or six miles away,” said Rapid City Mayor Steve Allender.

Aside from providing combat air power at anytime and anywhere, Ellsworth airmen are the men and women within the community who set a high standard and strive for excellence in all they do.

"Our airmen are airmen 24 hours a day so that’s one of the reasons why it’s very patriotic for our folks to do what they do in our surrounding communities,” said 28th Bomb Wing Command Chief, Chief Master Sgt. Adam Vizi.

Over 3,000 airmen, some of whom relocate to Ellsworth Air Force Base from across the country, blend themselves into the Black Hills culture and make the surrounding communities their home.

"There is but an imaginary line between Rapid City and Ellsworth, and other than that, I think that we are really the same community,” explained Allender.

Vizi also says that the airmen are part of the community.

“They are involved in the schools, the churches, the malls," Vizi said. "It’s a community our airmen live in. So, it’s not just a place to be stationed, it’s where we live.”

The air force base impacts the Black Hills economy by contributing $364 million every year. However, it’s not about the money in this situation, it’s about the relationship built between two communities through the efforts of airmen giving back to the community and how it sets them apart.

"We have core values," Vizi explained. "Integrity first – service before self and excellence in all we do. So, we don’t really have to encourage our airmen to volunteer, it’s part of the culture."

Their volunteer efforts are behind the scenes of one of the most popular events during the summer in Rapid City, Summer Nights. Three groups from Ellsworth help set up and tear down for the weekly event.

“It’s just really good community involvement,” explained Senior Airmen, Chase Escalante. “The air force is really all about getting involved in the communities around the bases, and this is an awesome way because a lot of people turn out for summer nights." 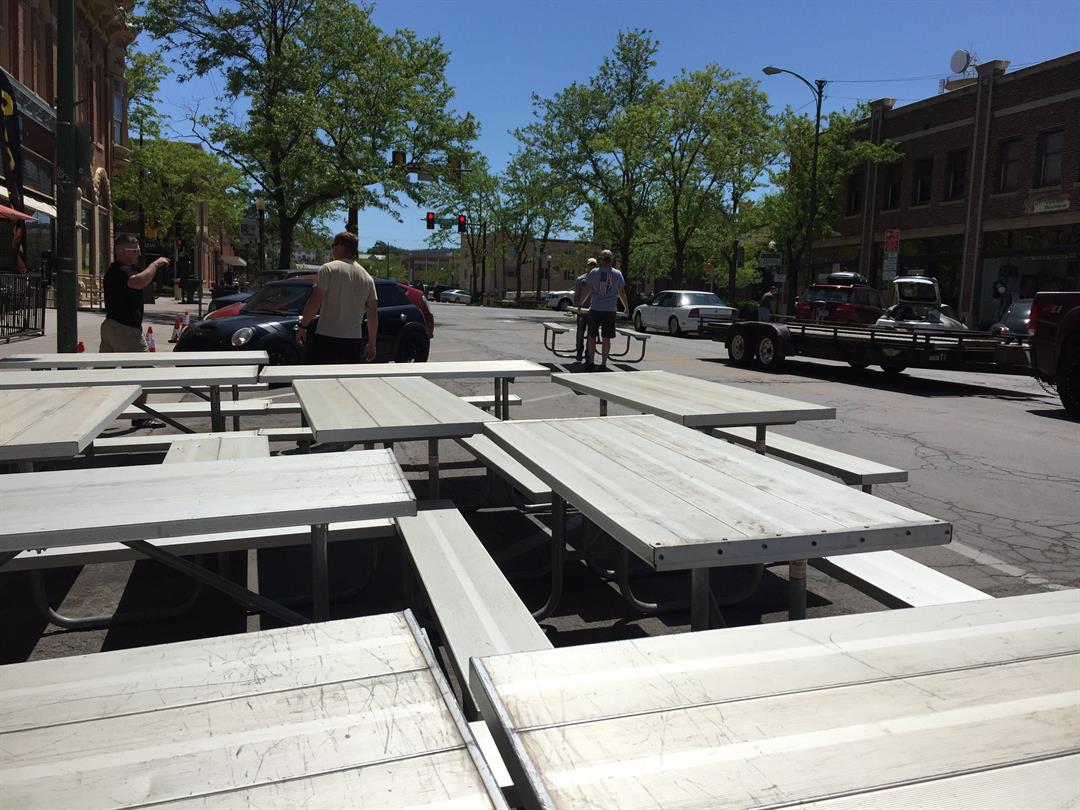 For many airmen, volunteering in the community of where they’re stationed makes them feel at home.

"I think it’s really important to have a good relationship with the community," said Staff Sergeant, Dustin Oslund. "That way, we aren’t just on our own base – just completely separate. It’s good to branch out meet new faces, make new friends.”

Ellsworth airmen have volunteered nine out of the ten years since Summer Nights began.

"It takes about 100 people to run the event, and the set up and tear down is really the part that’s labor intensive, and they are a fantastic help to our event,” said Sandy Schwan, the president of Summer Nights.

Volunteering at Summer Nights, an event that brings the small town feel and the Black Hills together, is only one example of how Ellsworth airmen are aiming high in the community.

"When our airmen volunteer for that kind of stuff, it gives them a feeling of belonging to the community and a sense of community,” Vizi said.