Ellsworth airmen might be stationed in the Black Hills, but most are deployed at a rapid pace. However, some choose to spend their scarce time off by giving back to the surrounding communities.

In part two of the three-part series Ellsworth, Aiming High, we meet an airmen who spends his time volunteering and influencing the youth as a t-ball coach. Staff Sergeant Robert Schmid is a hero on two bases, with his work on Ellsworth Air Force Base and as the Cubs t-ball coach for the Bandit Ball League. 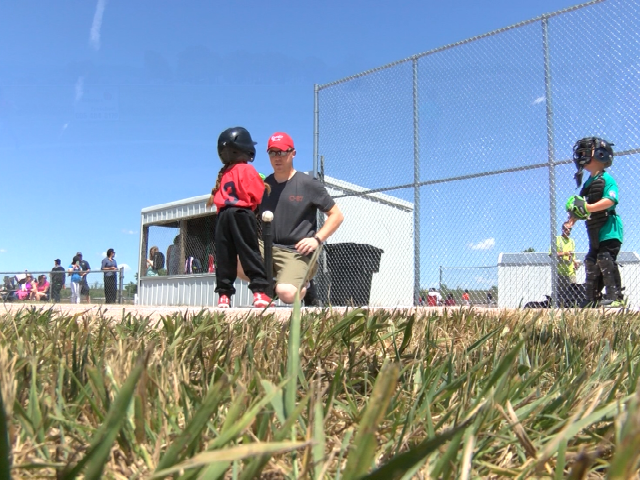 "Having a coach, that has core values and integrity and service, and excellence, carrying those values over into the community is very powerful,” said 28th Bomb Wing Command Chief, Chief Master Sergeant Adam Vizi.

Sergeant Schmid began coaching last year as an assistant because his daughter was on the team, but this year he’s the head coach.

"I have found a passion in actually getting to be able to coach, and teach and everything, help the little kids grow up,” explained Schmid.

Coach Schmid missed the first couple days of practice due to a TDY, or temporary duty assignment, but since he’s been back, he hasn’t missed a game.

"For an airman, I know they are busy, they have things deployments different things like that but to just step in and be a part of the community, is a huge thing, a huge thing, the volunteering is very important I think,” said Chanteal Pengra, a mother of one of the players on the Cubs.

Depending on the task, airmen can be deployed for months at a time, but for most, like Schmid, when they are on leave, they still find the time to volunteer.

"When our airmen are home, they have an opportunity to better themselves professionally and personally by volunteering and keep on what we do,” explained Vizi. 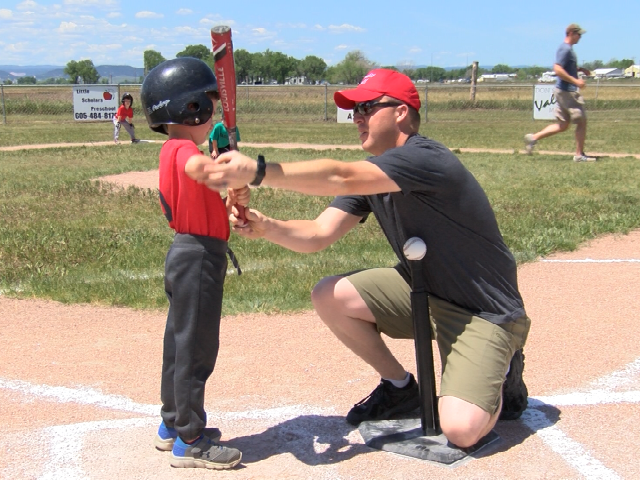 "It’s about networking for me, it’s getting out to know the parents, to know the local community, so that if you can help them out, you can further better the community, it’s a better opportunity for the base to get involved," said Schmid.

He tries to share the values that the air force instilled in him with his team.

"When I was a small child, my first team was on an air force base, and the coach of that team was a member of the air force, it’s a great contribution and the fact that I still have a picture of that time means something,” said the Mayor of Rapid City, Steve Allender. "These folks are squared away. They are organized, they are very proper and professional and they are held to a higher standard."

No matter the outcome of the game, it’s always a home run for these kids.

"They are actually having fun, they smile, and that the biggest thing, is find the kids that are quiet and reserved and try to get them out of their shell and have fun, while they are playing t-ball,” said Schmid.

The kids sure seem to love it.

"Every day he’s a really nice man,” said one of the Cubs players.

Finding the source of your allergies

The Latest: Thousands of vaccines set to expire in Romania