RAPID CITY, S.D. – A state prison inmate has been placed on escape status after failing to return from his work release job.

Inmate David A. Bujarski was scheduled to return to the Rapid City Community Work Center Nov. 24, but escape procedures were enacted when he failed to return at the scheduled time. 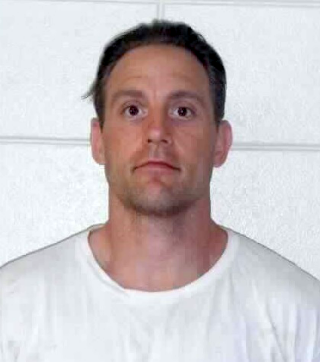 Bujarski, age 38, is a white male. He is 5-feet-9-inches tall and weighs approximately 200 pounds. He has brown hair and hazel eyes.

Bujarski is currently serving multiple sentences from Pennington County for possession of a controlled substance. Additional information is available on the Offender Locator portion of the Department of Corrections website at http://doc.sd.gov/adult/lookup/.

Anyone who sees Bujarski or knows of his whereabouts should contact law enforcement immediately. Failing to return following an assignment constitutes second-degree escape, a class 5 felony, and is punishable by a maximum of 5 years in prison. South Dakota Codified Law 22-11A-5 states that any person who conceals any prisoner knowing that the prisoner has escaped is guilty of a Class 5 felony.