Thousands of people from across the country gathered at The Crazy Horse memorial in Custer on Saturday and Sunday for the 33rd annual Volksmarch.

The walk from the visitor’s center to the arm of the monument is a 6.2 mile long hike, through woods, rocks, and steep terrain. The course and its terrain changes every year.

According to Crazy Horse Foundation CEO Jadwiga Ziolkowski, the monument is a tribute to the late Oglala Lakota leader.

"Henry Standing Bear …. carried on the tradition to make sure Crazy Horse was more than just a tourist attraction," said Ziolkowski. "That was never the idea, but it was something that needed to be done, because the white man needs to know the red man had great heroes also — That’s a quote from Henry Standing Bear." 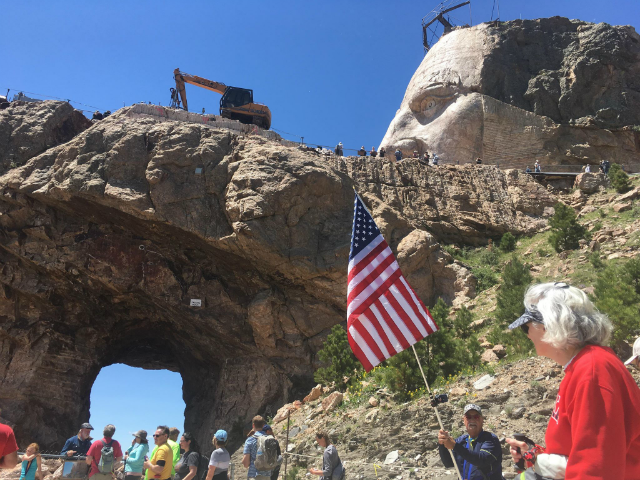 The first Volksmarch — or people’s march in the German language — had around 150 attendees. It’s since grown in size to be the biggest in the nation. Ziolkowski estimated between 9,000 and 10,000 people visited the monument for the Volksmarch.

According to Barb Karns, a visitor from Imler, PA, climbing Crazy Horse was on her bucket list. 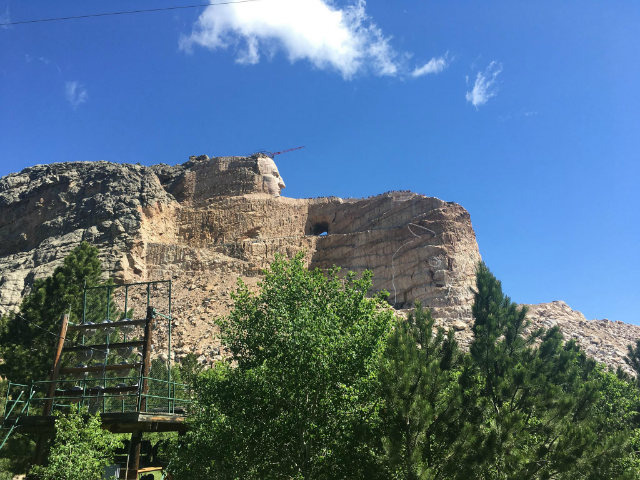 For others like Drake and Grant Saunders from Peoria, Ill, the hike to Crazy Horse is an inspiration of growth and independence.

"It’s just a beautiful sight to see and when it’s all done it’ll be beautiful, and everyone’s going to be like ‘woah, I climbed up the Crazy Horse when I was 12 or 19."

Though the monument is still a work in progress, many will return next year to scale the 500 foot trail. When Crazy Horse is complete, it will be one of the largest sculptures in the world. 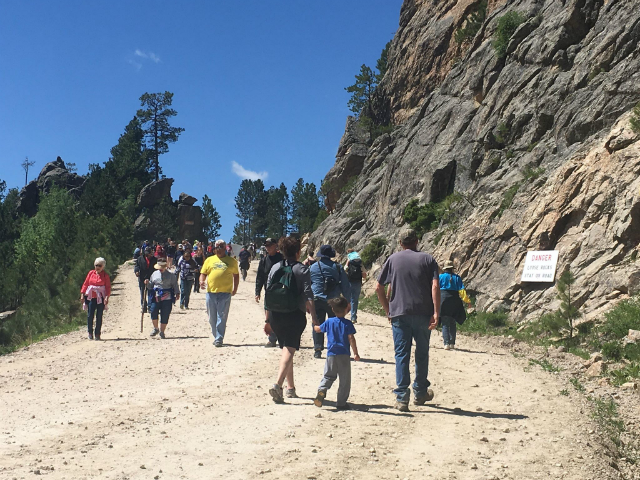