NewsCenter1 and First Interstate Bank partner throughout the school year to help teachers and faculty members to cover expenses outside their budget with the 1+1 Giveaway.

A fifth grade teacher at Wilson Elementary was awarded $500 on Wednesday for being a standout teacher. Craig Steinberg received the check after being nominated by a former student’s parent.

Steinberg says he hopes to put the money toward the students’ academic and physical well-being as they head into sixth grade.

"I’m going to try and find some way to put it to use that benefits the kids both academically and physically because both of those components are really important to me,” Steinberg said. “I’m hoping that these guys will come out of here with stronger character, a great work ethic, and as much knowledge as I can help them gain during their fifth-grade year."

Steinberg is known for being active in different school organizations, even by providing summer activities for his students such as Vocabulary Club. 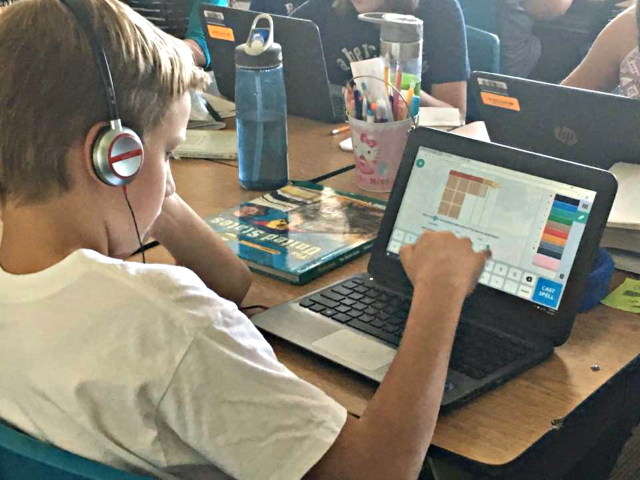 The parent who nominated the teacher said Mr. Steinberg is not one to ask parents for help in purchasing additional supplies for the classroom and that he will put the $500 to good use. The parent also told NewsCenter1 Sales Manager Anna Whetham that with the help of Steinberg, her daughter felt comfortable after moving to Rapid City.

"Mr. Steinberg was nominated by a parent of a former student that felt that their family really had a big impact from his teaching,” Whetham said. “What was so neat is that it’s a military family. And so, this child had traveled to lots of different schools and had been in many different places. And so it’s hard for them to adjust and make new friends and be in a whole new environment. And it sounds like this teacher made a huge impact on making her feel comfortable in her new home and really helping her learn in such a difficult situation."

Steinberg has been a teacher for 28 years and has spent 21 years teaching at Wilson Elementary. He has also filled the past 28 summers providing summer childcare for students.

To submit nominations for the 1+1 Giveaway CLICK HERE. View other winners HERE.

Categories: 1+1 Giveaway
AlertMe
Sign Up For Our Email Newsletter